Florida declares state of emergency ahead of hurricane

UPDATE, 10:22 a.m., Monday, Oct. 8: The National Hurricane Center has updated Tropical Storm Michael to a Hurricane as of 10 a.m. CT. The Center of Hurricane Michael is expected to move across the eastern Gulf of Mexico Tuesday and Tuesday night, and is forecast to move inland over the Florida Panhandle or Florida Big Bend area on Wednesday. Hurricane Michael is currently producing winds near 75 miles per hour with higher gusts.

Tropical Storm Michael, which is expected to become a hurricane today, is headed toward the U.S. Gulf Coast and Florida is already making preparations. Florida Gov. Rick Scott declared a state of emergency on Sunday, for 26 counties.

The emergency declaration waives hours of service requirements for truck drivers as well as size and weight restrictions for divisible loads on vehicles transporting emergency equipment, supplies, and agricultural commodities. The order does not allow any vehicle to exceed weight limit posting for bridges and similar structures.

Tropical Storm Michael is forecast to make landfall at or near hurricane strength Wednesday or Wednesday night along the Florida Gulf Coast, though there is still some uncertainty in the forecast in terms of timing and landfall locations.

The Alabama-Florida border to Suwannee River, Florida, was under a Hurricane Watch as of 7 a.m. CT this morning, according to the National Hurricane Center. Suwannee River to Anna Maria Island, Florida, including the Tampa Bay area, are currently under a Tropical Storm Watch. The Alabama-Florida border to the Mississippi-Alabama border is also under a Tropical Storm Watch.

Tropical storm conditions are possible within the Tropical Storm Watch areas within 48 hours, and a Hurricane Watch means that hurricane conditions are possible within the next 48 hours. The National Hurricane Center has Navarre to Anna Maria Island, Florida, placed under a Storm Surge Watch, meaning the life-threatening rising water could move inland during the next 48 hours.

Michael remains a strong tropical storm this morning and is expected to become a hurricane later today. A Hurricane Watch is now in effect from the FL/AL border east to the Suwannee River. pic.twitter.com/C4GONFDT05 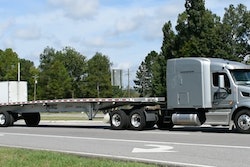 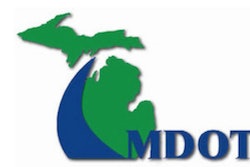 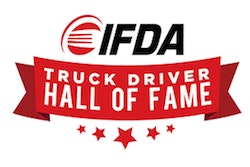 Association adds 26 drivers to its Hall of Fame

Deadline for hours of service comments next week