An Arkansas-based trucker has been ordered to stop driving because of numerous violations including five drug offenses.

The U.S. Department of Transportation’s Federal Motor Carrier Safety Administration today announced Jeffery Scott Mitchell to be an imminent hazard to public safety and ordered him not to operate any commercial motor vehicle in interstate commerce.  Mitchell was served the federal order Dec. 14, according to the FMCSA.

In announcing its declaration, the FMCSA said:

During five separate roadside safety inspections within the last nine months, Mitchell, a commercial driver’s license holder, has been cited and taken into custody by law enforcement officers in Arizona, California, Georgia, Mississippi and Tennessee with either being under the influence of, or in possession of, a Schedule I controlled substance.

During these unannounced safety inspections, Mitchell was also cited for multiple violations of operating a CMV without a valid CDL, multiple records-of-duty status violations, and an instance of failing to obey a traffic control device.

The FMCSA’s out-of-service order said, “Your blatant and egregious violations of (federal safety regulations) and drug and alcohol regulations and ongoing and repeated disregard for the safety of the motoring public … substantially increases the likelihood of serious injury or death to you and/or to the motoring public.” 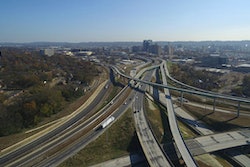 I-59/20 in Birmingham to close for repairs 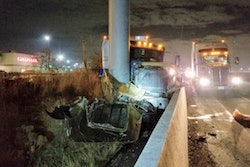 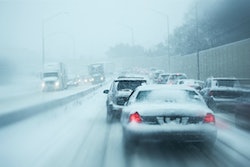 Record number of holiday travelers to hit the road 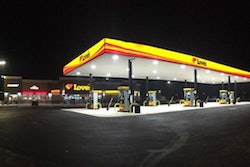