Sometimes a rock is not a rock.

U.S. Customs and Border Protection officers at the Tecate, California cargo crossing had to break open boulders on Monday, Sept. 14, to find 229 packages of methamphetamine and cocaine hidden inside.

At about 10:45 a.m. on Sept. 14, a truck driver arrived at the Tecate border crossing with a shipment listed on the manifest as multiple tons of beach pebbles and stones, according to a statement,ent from the Border Patrol. The CBP officer completing the inspection for entry to the U.S. referred the driver, truck, and shipment to the dock.

At the dock, a CBP officer noticed discrepancies with the shipment, and a CBP canine team screened the shipment, which resulted in positive indications for narcotics, according to the Border Patrol.

Officers searched the truck, tractor-trailer, and cargo containing various rocks, and ultimately had to break open the large quartz boulders that were part of the shipment.  Inside, officers found packages wrapped with black electrical tape, which had been cemented inside the stones, the CBP statement said.

“Hard to believe, but this isn’t the first time CBP officers in California have had to actually break open rocks or other items to get at the narcotics that drug trafficking organizations have hidden inside,” said Jose Haro, officer in charge of the Tecate port of entry.  “Our officers are well-trained to notice discrepancies to stop drug shipments like this from making their way into our communities.”

CBP officers seized the tractor-trailer, shipment, and narcotics. The driver was not identified. 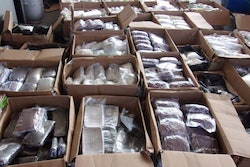 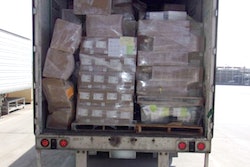 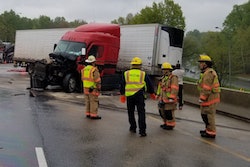 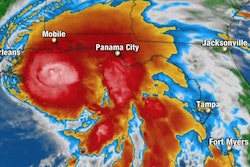