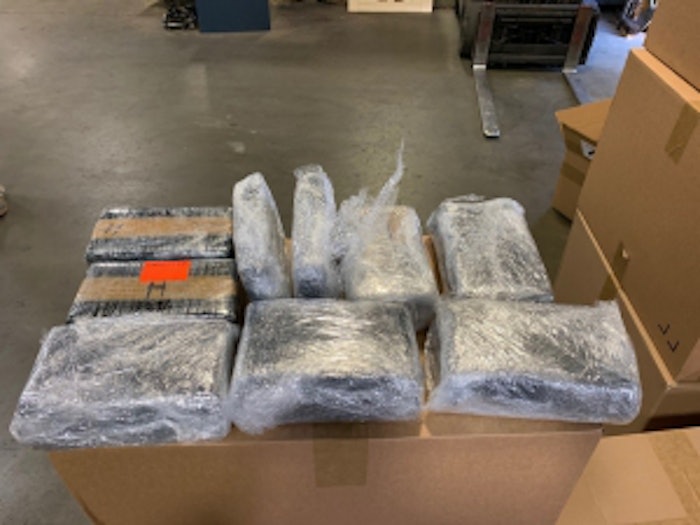 On January 15, a trooper stopped a tractor-trailer for a traffic violation on Interstate 40 at the 101-mile marker in Henderson County about 110 miles northeast of Memphis. As the trooper was performing a Level II commercial motor vehicle safety inspection, he discovered possible indicators of criminal activity, according to a statement from THP. 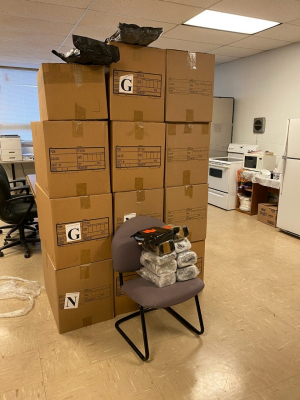 Additional troopers were requested to the scene to assist, and as troopers proceeded with the CMV inspection, discrepancies and irregularities were discovered with the driver’s shipping manifest. Continuing with the inspection, troopers entered the rig’s trailer. Troopers examined several pallets and found one that was not indicated on the original shipping manifest. The pallet appeared to be professionally packaged with affixed shipping labels and wrapped with cellophane.

During the inspection, troopers opened 12 undocumented boxes to inspect the contents. The boxes contained 383 pounds of vacuumed sealed marijuana.  A smaller box contained 40 pounds of cocaine.

As a result, charges were filed in state court on both the driver David A. Seville, age 25, from Brooklyn, New York and the co-driver Michael J. Blake, age 57, from Jamaica, New York for possession of schedule VI (marijuana) with the intent to deliver. A criminal complaint was filed on both men in federal court for possession of cocaine with intent to distribute. 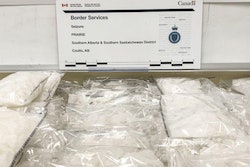 Trucker busted with $28.5 million of meth