A Nevada trucker was effectively shut down by federal regulators for having two alcohol-related violations within less than two weeks last month.

The Federal Motor Carrier Safety Administration Wednesday, March 31, announced it had declared Nevada-licensed commercial driver Julio Perea Ayala to be an imminent hazard to public safety and has ordered him not to operate any commercial motor vehicle in interstate commerce. Ayala was served the federal order on March 26.

On both occasions, Ayala was also charged with having open containers of alcohol and operating a vehicle with expired registration. The Nevada Highway Patrol impounded Ayala's truck in each instance.

Having an alcohol concentration of greater than 0.04 while operating a commercial vehicle weighing more than 26,001 pounds and requiring a commercial driver's license is a violation of federal safety regulations.

FMCSA’s imminent hazard out-of-service order states that Ayala's “blatant and egregious violations of the [federal safety regulations] and disregard for the safety of the motoring public … substantially increases the likelihood of serious injury or death to you and/or to the motoring public if not discontinued immediately."

Ayala may not operate a commercial motor vehicle until he successfully completes the statutorily required return-to-duty process overseen by a substance abuse professional. 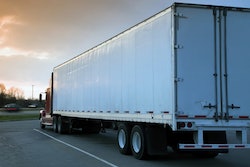 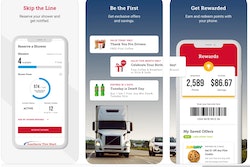 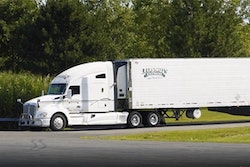 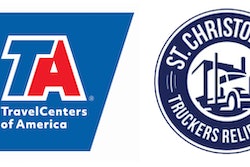