The acquisition of JCT will make Hirschbach one of the nation's largest refrigerated carriers with revenue exceeding $1 billion, according to the company. The organization will now operate over 3,000 trucks and 5,000 trailers, along with a $150 million integrated logistics offering.

“Today officially brings together these two great originations that complement each other perfectly – like putting two puzzle pieces together,” said Brad Pinchuk, CEO and owner of Hirschbach. “The combination of Hirschbach and JCT will provide our customers a breadth of nationwide cold supply chain transportation services.”

“It’s an honor to be entrusted by the Christner family with this amazing company they built,” said Pinchuk.

John Christner started his career as a driver, hauling produce from the west and chicken from the east.  In 1986, he started JCT with two trucks, hauling the same freight he handled as a driver.  Soon after, he recruited his two sons - Darryl & Danny Christner - into the business.

“Together, they built one of the nation’s largest and most respected brands in our industry,” said Pinchuk. “We are excited to celebrate the completion and officially welcome the JCT team to the Hirschbach family,” said Pinchuk.

The California Highway Patrol says Raoul Payette, Jr., 58, was driving on Highway 199 in Del Norte County in northwest California Tuesday, April 28 with a damaged tire. Near the town of Gasquet, CHP says Payette's semi-truck drifted off the road and into a power pole, which fell onto the highway. He allegedly continued on for another mile until the trailer he was towing overturned, according to a media account of the incident.

Highway 199 was closed for several hours while they conducted clean-up operations.

Many in the trucking industry may be familiar with Six Rivers National Forest. This is where the 2021 National Christmas Tree was harvested. Transporting the tree to Washington, D.C. is a major project for the Truckload Carriers Association.

A new truck show is being held Saturday, May 14 in Ramsey, Indiana.

The first Southern Indiana Truck Show will be held at the North Harrison Middle School. Proceeds benefit the WHAS Crusade for Children.

The show is open to all bobtail trucks. The event concludes with an awards presentation and light show.

There will be food, refreshments, and music throughout the day.

Ramsey is located in southeastern Indiana, about 25 miles from Louisville, Kentucky. 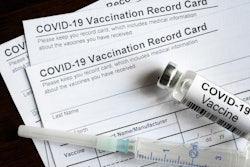 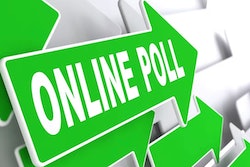 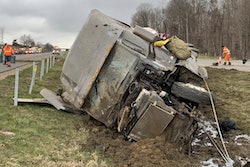 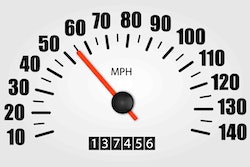