The crash occurred shortly after 8 p.m. as the bus was making a turn on U.S. 30 in Warsaw, which is located about 40 miles northwest of Fort Wayne. A statement from the Warsaw Police Department said the tractor-trailer, driven by Victor Santos, 58, of Brooklyn, New York ran a red light and struck the bus in the right rear side, knocking it on its side.

The police statement said the tractor-trailer continued westbound before coming to a stop after driving off the roadway into the ditch an eighth of a mile from the intersection where the crash occurred.

"Upon contacting the semi driver, officers had reason to suspect alcohol was a factor in this collision," said a statement posted to the Warsaw Police Department Facebook page. "They detected a strong odor of an alcoholic beverage on his person and in the cab of the semi, as well as slurred speech. Warsaw officers began an OWI investigation. After failing standardized field sobriety tests, the driver was asked to consent to a chemical test but refused. A search warrant was applied for and granted, allowing officers to have hospital staff take a blood draw, which will be submitted for official testing. That suspect, out of New York, is currently being held on a 48-hour hold put in place by the Kosciusko County Prosecuting Attorney’s Office for formal charges pertaining to operating while intoxicated, causing serious bodily injury, a level 5 felony."

The hockey players are members of the Saint Ignatius College Prep junior varsity hockey team who were participating in a weekend tournament taking place in Culver, Indiana. The school is located in Chicago. 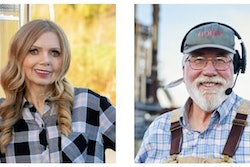 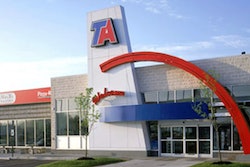 TA's Round Up campaign raises over $100,000 for trucker relief fund 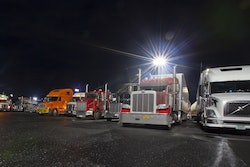