A trucker received three citations over the weekend in connection with a liquid red dye leaking from his trailer as he drove along highways in Oregon.

The Multnomah County Sheriff’s Dep[artment in a news release said the leaking load "splattered red-colored dye on multiple freeways and possibly other vehicles over several miles."

According to the sheriff's department, on Saturday, Dec. 17, around 7:30 p.m., deputies responded to a report of a leaking tractor-trailer in Troutdale, which is located about 16 miles east of Portland. When deputies neared the location, they saw the road covered in a red substance.

The deputies contacted the truck driver, who they identified as 40-year-old Junior Jean. He said the load was a liquid used to dye mulch. Deputies learned he drove north on Interstate 205 from SE Sunnyside Road, then took Interstate 84 east, exiting at NE Marine Drive in Troutdale.

Jean told deputies he stopped to inspect the leaking load after another driver flagged him down. Despite the leak, Jean stated the company said to continue driving to the final destination. Jean traveled several more miles to Troutdale, while the liquid dye was spilling out of the trailer.

The Oregon Department of Transportation responded, as did the Oregon State Police, who confirmed the spill in Clackamas County and stretched for miles on I-205 and I-84.

Deputies issued Jean several citations, including operating with a sifting or leaking load, criminal mischief in the third degree, and reckless driving. 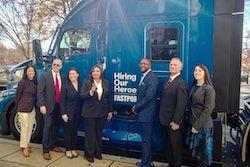 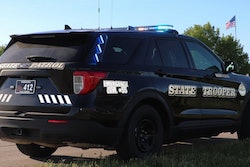 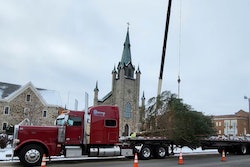 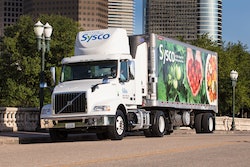