Ralph Hardy, founder of Hardy Brothers Trucking, passes; he was 90

His obituary said of him, "After being stationed in Germany as a private first class following the Korean War, Ralph founded Hardy Brothers Trucking in 1965 and began hauling produce up and down the East Coast. What started as a man with a truck and a dream grew into a team of more than 100 drivers and 60 trucks hauling goods across the country. It was Ralph’s dedication to his family, his employees, and his community that turned his one-man operation into an industry leader."

Hardy Brothers Trucking Company wrote on its Facebook page, "Ralph Hardy loved his family, friends, and trucking until the blessed age of 90. Ralph opened Hardy Brothers in 1965, becoming a friend and mentor to all who joined the Hardy Brothers family. Ralph was known for his generous spirit and always greeted you with a smile. He will be missed by many. We appreciate your thoughts and prayers for our Hardy Family."

On its website, the company says, "Hardy Brothers Trucking was founded in 1965 by Ralph Hardy when he bought an International Emeryville and began hauling produce throughout the East Coast. Since then, the company has grown to over 100 drivers and 60 trucks pulling refrigerated trailers and hauling freight from coast-to-coast."

Mr. Hardy's son Eddie is now president of the company, which last year was chosen to haul the Capitol Christmas tree from the Pisgah National Forest to Washington, D.C. Mr. Hardy's grandson Ryan is vice-president.

Cox-Needham Funeral Services said the family will receive friends at Salem Baptist Church in Dobson on Thursday, Jan. 5, from 10:45 a.m.-12:45 p.m., with a celebration of life service at 1 p.m. and a private interment following. 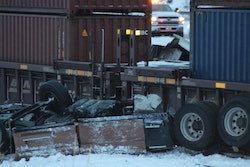 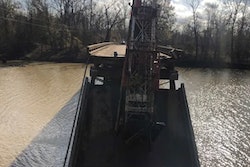 Mississippi bridge collapses while truck is on it 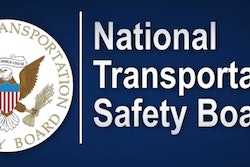 Briefly: NTSB extends its existing Most Wanted List into 2023 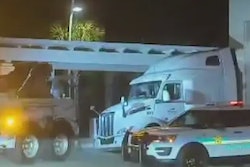