‘Cooking on the Truck’ page admin cooks at GATS

Trucker Jennifer Cordero, of Houston, knows how to whip up a full, good meal in her truck.

Cordero is one of the administrators of the Cooking on the Truck Facebook page, which has over 3,400 members. She helped lead cooking demonstrations at the Great American Trucking Show in Dallas recently.

Cordero and her husband, Albert Kohl, encourage other drivers to cook more in their trucks. Their Facebook page is dedicated to getting drivers cooking on the truck and posting their recipes, and it’s a judgment-free zone. Cordero says it’s important drivers feel comfortable: It’s not about how the recipe looks, but how it tastes.

Cordero used to work in advertising before she started driving truck about 10 years ago. She and her husband have been hauling dry van as a team for the past eight years. While they’re technically company drivers in the sense they drive a truck owned and maintained by a third party, they make all of the decisions for the truck and its load. They run lower 48 and run air freight for Forward Air.

“I used to work in advertising, so that can be a very hectic, very stressful lifestyle. For me trucking is not that. I like the lifestyle of driving a truck,” Cordero said.

She first got involved with the Cooking on the Truck Facebook page about four years ago. She initially joined the page for its cooking discussions and recipe sharing, and became more and more involved until she was made a page administrator.

For her, cooking on the truck isn’t just health-conscious and more affordable. It’s also a way to wind down and relax after a hard day’s work of trucking.

“It’s healthy, it saves money and there’s more variety,” Cordero said. “Every truck stop has almost identical food. It doesn’t matter what the truck stop is that you go to, it’s all the same. When it’s in your own truck and you control what you eat, there’s more variety. If I want to eat spaghetti and meatballs one night and sushi the next night, I can.”

At GATS, Cordero and Tom Kyrk, of Roadtestedliving.com, led a cooking demonstration each day of the show to show other drivers how practical cooking in the truck really is. 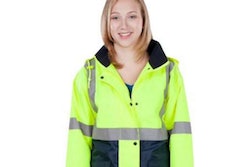 Hi-vis jacket for when the weather goes bad 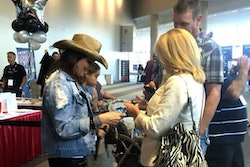 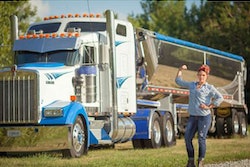 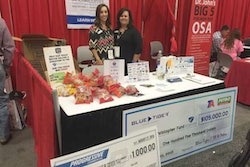 Driver health challenge gets under way