Allie Knight: Behind the wheel and in front of the camera

It’s Saturday morning at the Great American Trucking Show, and traffic is brisk but not heavy.

Still, trying to chat with Allie Knight at the Wilson Logistics booth is like negotiating I-35 in Austin, Texas on a weekday morning. Passersby stop, wave hello, and shout, “Love the videos! Keep ‘em coming!” 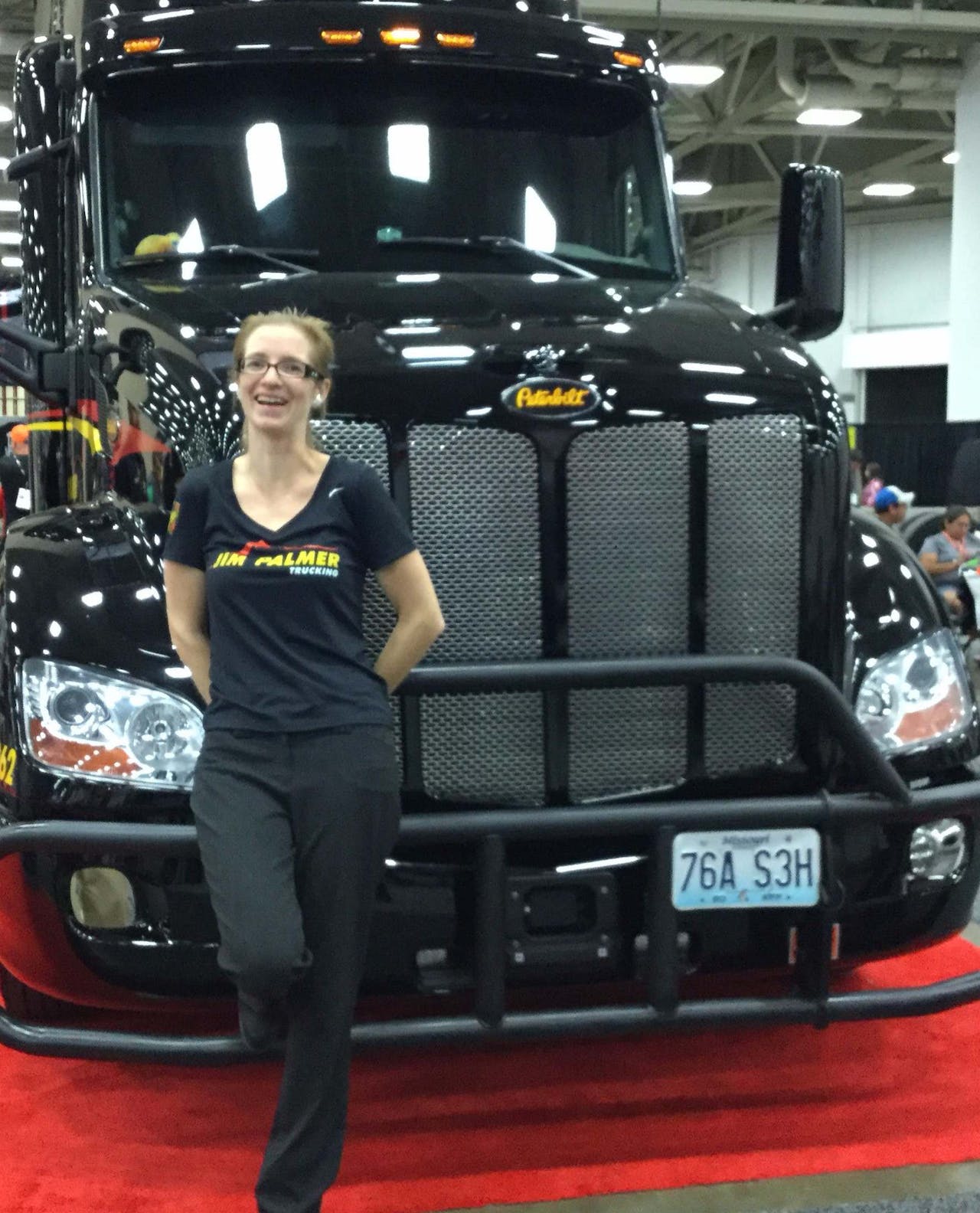 To each, the self-proclaimed “Weird Chick from Boston,” invariably flashes a genuine smile, waves, and shouts back, “Thanks, darlin,’” and means it.

Others — men, women, young, old, driver- and nondriver alike — step into the booth space dominated by Lazarus, the 2016 Peterbilt 579 Knight drives, for a photo. They get their pic with Knight, and usually leave with an honest thank you and a hug.

After each, Knight beams as if she’s surprised someone wanted to meet her and thank her for the almost 900 videos she has uploaded to the internet. It’s clear she likes what she’s doing, and people like her for that.

Just a bit more than two and a half years as a driver and Knight is a certifiable internet media superstar. Her YouTube channel has almost 63,000 subscribers and there have been total of 16 million views of her videos. That makes Knight’s the largest trucking-related video channel on the internet. 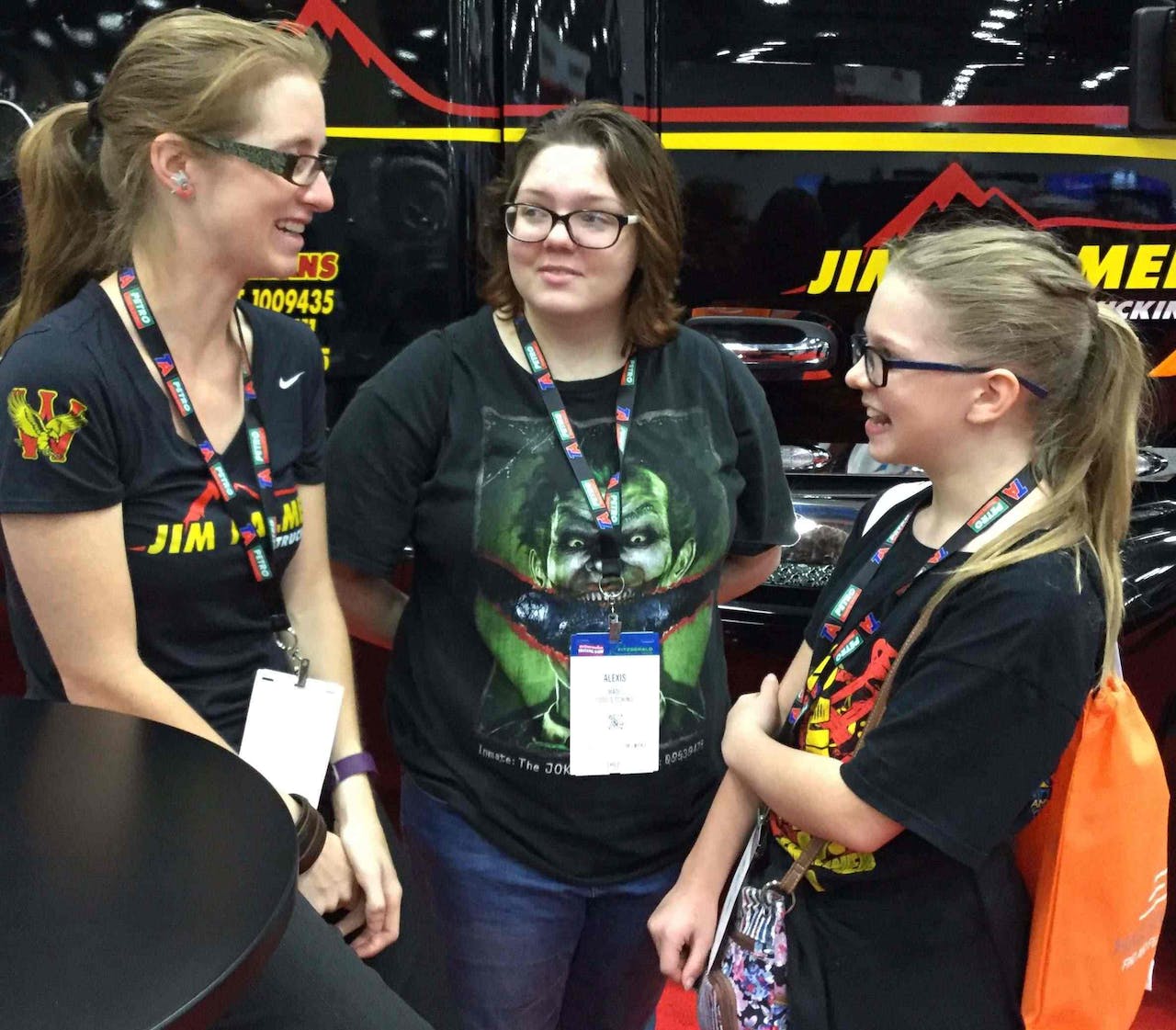 Until recently, all those videos were shot by Knight during the day and edited by her at night while she drove over-the-road.

Earlier this summer, Knight took a hybrid job for Jim Palmer Trucking, driving some of the time and working in the office the rest of the time. She now makes three videos per week.

Her new job, which Knight says has no title yet, allows her to put her creativity and video skills to work for the company. She says she’s shooting training videos, created the company’s show booth for GATS, designed new company logo apparel and will occasionally drive one of two haulers used by the football teams from the universities of Montana and Missouri. 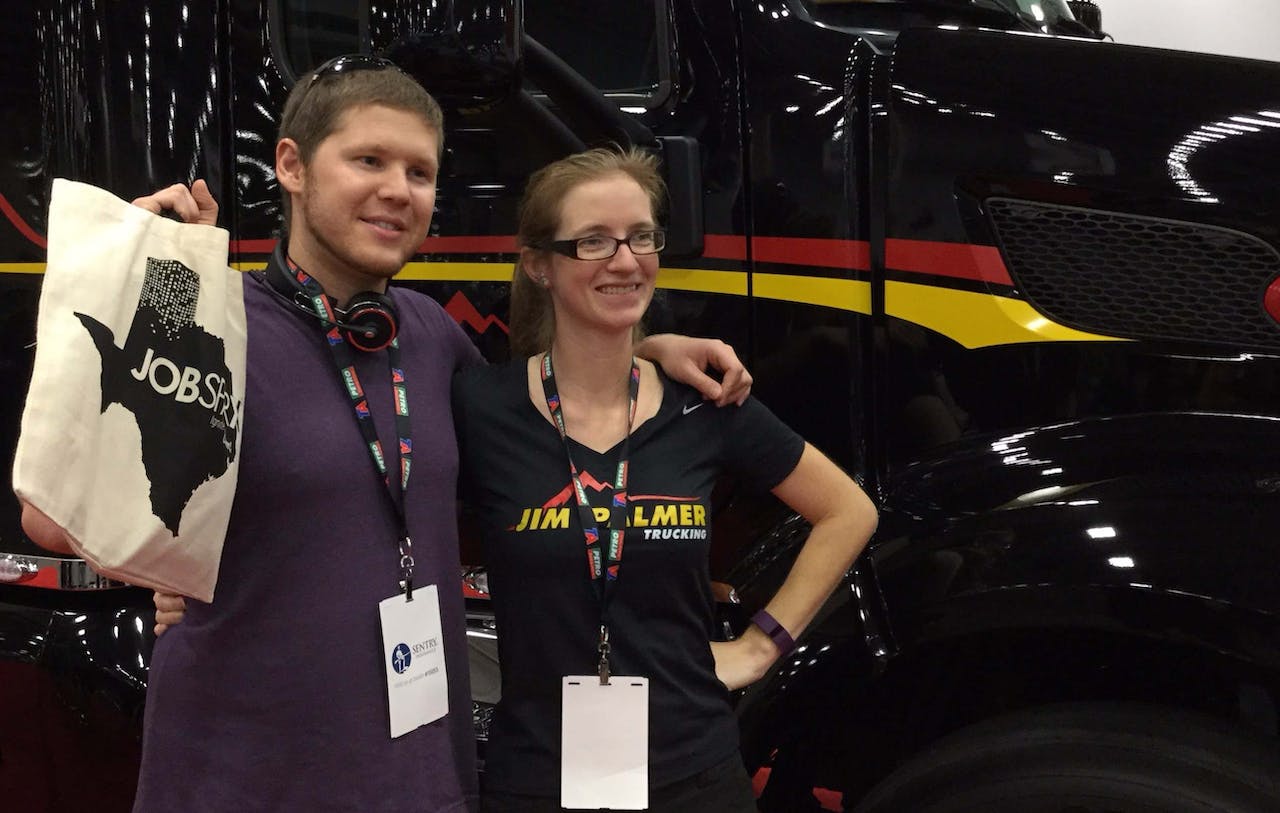 At GATS on Saturday, a young man stops by the booth. Dmitry Kotlavsky, who lives in Dallas, tells Knight she inspired him to become a truck driver. He drives locally and says Knight’s videos gave him a realistic view of what it takes to be a truck driver.

Kotlavsky is a good example of the vast majority of Knight’ viewers. She says 94 percent of them are male, just like the trucking industry as a whole, and are between the ages of 25 and 55.

Knight, who grew up north of Boston the daughter of a rigger, prides herself on the honesty of her videos, and the quality of their content.

While she graduated from the University of the Arts in Philadelphia, Knight says she is a self-taught filmmaker, having made some movies with friends.

She also calls herself a “TV snob.” What’s she watch? She (and her cat Spike) are fans of David Attenborough’s “Planet Earth” series from the BBC and on PBS. Then again she also watches the animated series “Steven Universe,”  “The Philip DeFranco Show” on YouTube and Casey Neistat, who she says is an inspiration for her.

She uses several cameras to record her travels, including the monumental task of shooting in 48 states in six months (she jokes she almost left out North Dakota!). Her primary camera is a GoPro Hero 3, which she mounts to the inside of Lazarus’ windshield with a large suction cup. It records all day. Knight says she uses several other cameras to capture other footage, and shows all of her gear on her website.

That’s easy: Just about everything.

Most of her videos are slices of her life on the road, and occasionally star her traveling companion Spike. Knight, who started driving in 2014, also has a series of “20 Questions,” videos in which she fields questions from viewers. She has also starred in several lip synch versions of popular songs.

Knight doing a turn as music video star has accounted for many of those more than 16 million views. She has a classic version of Taylor Swift’s “Shake it Off,” and a stunning rendition of the Kongos’ “Come With Me Now” complete with several costume changes and high heels no other trucker has ever worn.

Back in the GATS booth, a man approaches flanked by his daughters. Knight engages with all three, getting the older of the girls to talk about her future plans, which include becoming a doctor. The younger one has her sights set on being a gymnast. Knight is as encouraging of one as she is the other. 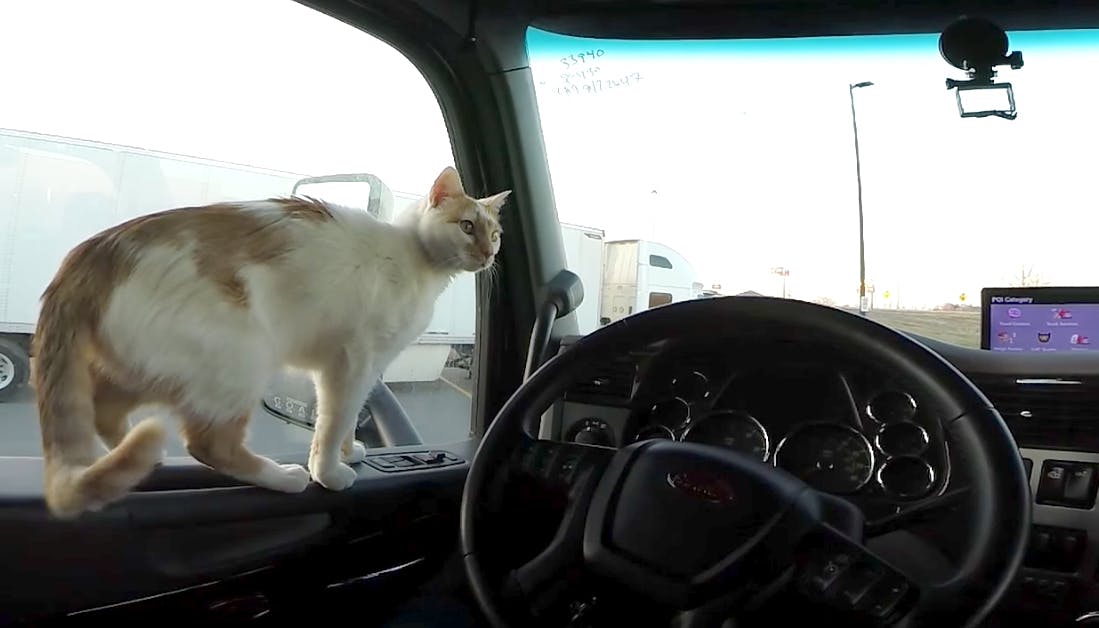 They line up, all smiles, Dad snaps photos and Knight sends them on their way having been, like her videos, real and authentic.

In a way, much of Knight’s producing is perfect for these two girls, Alexis and Elizabeth Wade. She says part of what she tries to show is that trucking may be demanding, but it’s not just for men.

Because of that and because she has fans like Alexis and Elizabeth, Knight makes sure to keep the trolls at bay. She says all of the vulgar and inappropriate comments — and she gets some — get deleted quickly.

Steve Opilo, the man behind her website, keeps a close eye on such things, and protects Knight’s internet presence.

She’s also making the most of her persona as the filmmaker who drives trucks and the truck driver who is pretty good with a camera and editing software. She’s working with the folks at Hammerlane apparel and the One20 app for drivers.

More than that, Knight’s also making some money with what started out as a hobby. She says advertising YouTube places on her videos earns her enough money to pay the bills. All of them.

Not bad for a “Weird Chick from Boston (by way of Texas and late of Missoula, Montana)” who got her CDL in January of 2014, trained and drove for USA Trucks for about a year and then hauled flatbeds for Legacy Transportation.

And, for almost all of that time, the camera was running.

Here’s Allie’s take on her time at GATS:


Some more of her work: 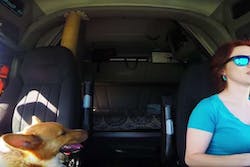 Driver & vlogger says farewell to trucking but not the road 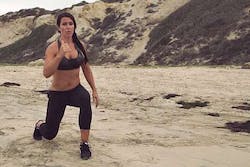 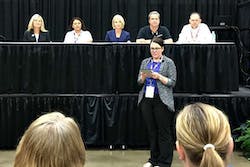 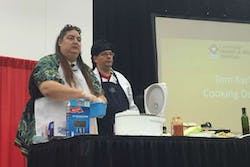 ‘Cooking on the Truck’ page admin cooks at GATS