Heidi Bowlby’s truck stands out more than most on the highway: The custom paint job on her truck and trailer is a mobile piece of art.

They were hand spray painted by artist Trent Curnow of Butte, Montana. Bowlby, of Kings Mountain, North Carolina, first saw Curnow’s work online and fell in love with his art and style. She reached out to him to see what he’d think about the opportunity to paint her 2005 Volvo VNL 780.

“He jumped at the chance to have such a big project to do,” Bowlby said.

When it came to the details of the design, she gave Curnow creative freedom. She told him she wanted the landscape to be in the design, but outside of that he had free reign. They chatted about other things she liked, and Curnow got to work.

Her truck was transformed with designs of space, pyramids, mountains and more. The two dragons painted on one side of the trailer were a surprise.

“I had no clue he had done that until after it was done,” Bowlby said.

Bowlby loves the creativity on display on her truck, which she has nicknamed Beasty.  She says she gets plenty of fun reactions while she’s over the road. Some people have even assumed she must work for the circus.

“I get more people that love it than people that don’t. When I come up to the docks, no one is expecting to see a truck like this and to my knowledge no other truck like this exists. You may have the typical designs on the truck or maybe something cool on the trailer, but I’ve never seen one personally that has the whole truck and trailer done in a unifying theme. When I pull up, they’re shocked. A lot of people love it,” Bowlby said.

Kids in particular love the side of the trailer featuring the two dragons. Bowlby, who has a 5-year-old son, loves seeing their faces light up because of her truck.

“Not too many of the adults care for that side, but the kids absolutely love it,” Bowlby said. “It’s exciting for me that I get to show kids about the truck and they get pictures with it and all that, because I have a 5-year-old of my own.”

She hasn’t done any upgrades to the truck outside of the paint job, but she plans to make some within the next year. People ask her why she got her truck painted the way she did, and her response is straightforward: “Why not?”

“I tell them that it’s just because. Because I loved the guy, I fell in love with his work and I wanted to have something unique that nobody else has,” Bowlby said.

Bowlby pursued truck driving after waitressing wasn’t helping her make ends meet as a single mother. A friend, who’d been a lifelong trucker, trained her but since she didn’t have any formal papers from a certified trucking school, it was difficult to get started in the industry.

“From then it was a struggle because number one I was a woman, number two I was a woman that didn’t have much experience,” Bowlby said.

She worked as a company driver before deciding she was tired of working for someone else, and she got her own truck and own authority. She wanted to have the freedom to decide where she went and what she wanted to do.

As a woman in the industry, Bowlby says she’s seen some sexism but most people have been respectful of what she does.

“For the most part, it’s not been terrible. When I drove flatbed it was a little more difficult because there are a lot of men who don’t believe women can do this job. I would say 80 percent of them are pretty good at not downing women but, let’s just face it, it is what it is and still to this day there are people who are going to believe women should still be in the kitchen and not doing this kind of job,” Bowlby said.

Now that she’s a company owner and has more flexibility in her schedule, Bowlby has more control over her home time. She likes to spend time with her son. The duo is constantly fishing, camping, going to amusement parks and just spending time together. Bowlby tries to make it home at least once a week.

“Sometimes that doesn’t happen, but when I do get home I make up for it and we spend 5-7 days doing what he wants to do. That’s my main concern. Not only am I out here providing for him, but I prioritize giving him all of me when I’m home,” Bowlby said. 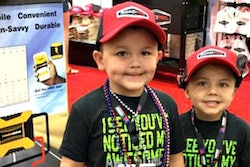 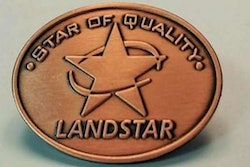 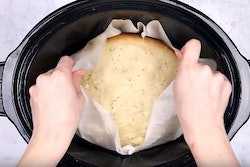 Bake bread in 2 hours with your truck’s slow cooker 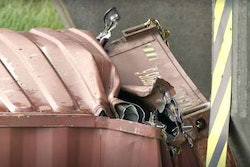 Were you trained how to miss low overpasses?