Ninety percent of women not diagnosed with obstructive sleep apnea (OSA) perceive it as a predominantly “male disease,” according to Dr. Narayan Krishnamurthy. But the reality is sleep apnea impacts over 2 percent of middle aged women.

Krishnamurthy is the medical director of the DCH Sleep Center and a clinical associate professor of medicine in the University of Alabama at Birmingham Medicine Division of Pulmonary, Critical Care and Sleep-Wake Disorders Center.

OSA causes brief interruptions in breathing during sleep that can last up to 10 seconds or more, and can occur hundreds of times in a night. It can be treated with a continuous positive airway pressure (CPAP) machine.

Menstruation and menopause can have an impact on sleep disorders. Krishnamurthy said women tend to have sleep problems before or during menstruation. Before menopause, he says, women have about a third the frequency of sleep disordered breathing than men, but that number increases after menopause.

“At the time of OSAS diagnosis, women with OSAS are more likely to be treated for depression, to have insomnia, and to have hypothyroidism,” Krishnamurthy said.

Pregnant women are also at higher risk for sleep apnea and restless legs. Overweight women also face an increased risk, as well as women who have polycystic kidney disease.

The Federal Motor Carrier Safety Administration maintains that drivers diagnosed with sleep apnea who are successfully treated can regain their medical qualification status and continue to drive with the approval of a medical qualifying examiner. In October, two FMCSA advisory committees approved recommendations that would require drivers who met certain criteria to be screened for OSA before they could be cleared to drive.

Sleep apnea is definitely an unfortunate reality for many women, but what’s it actually like to live with it?

Trucker Janet Keating, from San Diego, was diagnosed with OSA in 2005 and has used a CPAP machine since then. Keating has driven reefer and dry van all over the lower 48 and will be a driver trainer starting next year. When she had her sleep study done, the doctor told her she experienced more than 60 episodes per hour. She was stopping breathing more often than every 30 seconds, which had left her feeling tired even if she’d slept for 10 hours.

Before her OSA diagnosis, Keating relied on over-the-counter sleep aids and even a sleep aid prescribed by her doctor to help her rest.

After her OSA diagnosis, she was prescribed a CPAP machine. The machine was easy to use and didn’t require a large inverter in her truck, and she says it has really made a difference in her rest.

“I can tell when I don’t use it I’m just not as rested and energetic the next day,” Keating said. “I even use it if I stop to take a nap. I recommend it if it’s needed.”

Keating is split on how she feels about government regulations concerning sleep apnea and truckers. On the one hand, she thinks the government should stay out of truckers’ day-to-day affairs. On the other, she thinks if your doctor tells you you’re stopping breathing while sleeping more than the reasonable amount, you should look into getting a CPAP.

“As far as government regulations, you can be thin and have sleep apnea so I don’t think it’s necessarily a good thing to blanket everyone by saying, ‘Oh, if your neck is greater than however many inches, you probably have sleep apnea.’ That’s not necessarily true,” Keating said.

She’s had plenty of time to adjust to her CPAP machine, but admits it was awkward at first. She advises other drivers who are prescribed a machine to get used to it while they’re at home or have time off, so that when they get on their truck they’re familiar with it and know how to sleep comfortably while using the CPAP.

“You’re used to rolling in your sleep and you’re not used to having this 6-foot tube dragging along with your face, and you feel this thing on your neck. You learn how to put it over the top of your head or whatever is comfortable for you,” Keating said. “You’ll find that you will get into a deeper sleep. If that’s what you’re told you need, I recommend using it. It’s just one more thing that’s going to get you home safe.”

Keating gets a letter from her doctor verifying that she’s been compliant in her use of her CPAP and she then provides that at her DOT physical, and she’s all set.

Trucker Karyn Marshall’s experience with sleep apnea, however, has been anything but straightforward. Marshall is a company driver for Amistad Freight and lives in Frametown, West Virgina. She usually gets her DOT physical done through her family doctor, because she is also diabetic. But when she went last year to get her physical done her regular physician wasn’t able to do it because they didn’t want to go through the process of getting registered under the newer regulations. Instead, the office’s physician’s assistant, who had gone through the registration process, conducted Marshall’s physical. Marshall was the first driver’s physical the physician’s assistant had conducted.

“The first thing she did was sit down with her little book and she said, ‘Oh, you’re diabetic and your BMI is over this amount, you have to have a sleep study done because you have sleep apnea,'” Marshall said.

Marshall had a home sleep study done, and the doctor overseeing the study said she stopped breathing while sleeping three times in eight hours, Marshall said.

Even though she’d stopped breathing only three times during the night, the doctor said she had to go to a sleep study clinic. Marshall went back to her regular doctor to see if she could be referred to someone else. She made an appointment with a different sleep study doctor, who told her they wouldn’t even consider sending her to a sleep clinic because they didn’t see anything that would indicate Marshall had sleep apnea, according to Marshall. However, because of the initial physician’s assistant’s decision, they still had to do a sleep study.

Marshall’s next sleep study is coming up soon, and she says what she’s gone through to date with sleep apnea has been a nightmare.

“I guess I have been fortunate because so far my insurance has covered all of this,” Marshall said.

Marshall says that while she does think sleep apnea is a problem, she thinks the industry needs to leave it between the driver and the driver’s personal physician.

“I think the industry needs to leave the government out of it and let the personal physician make the recommendation, not a physician’s assistant or an examiner who doesn’t know the patient,” Marshall said. “A lot of what happens with drivers is we end up going to get our physical from doctors and physician’s assistants who don’t have any idea what our medical records are.”

Companies also shouldn’t require testing as a condition of employment, she says.

“I know there are several companies that require the drivers be tested before they hire them, and I don’t think that should be part of the hiring process,” Marshall said.

Marshall is worried that her next sleep study will say she has sleep apnea, even though she is confident she doesn’t have it.

“I kind of get the feeling just from over the years, and being familiar with it from my father having sleep apnea, that sleep apnea is the trucking disease of the year,” Marshall said. “And they know if they come back and tell us we have sleep apnea and we have to use a machine, we can’t argue with them. It’s either use the machine or lose our jobs.”

Dieticians say you can keep your job from killing you 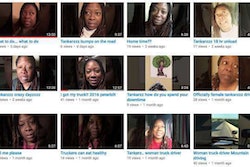 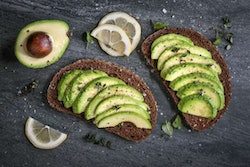