The American Trucking Associations registered its objections to the bill swiftly and vehemently, calling it a “last-ditch try by some to evade critically important safety laws.” The Truckload carriers Association have also weighed in against the bill.

Texas Republican Rep. Brian Babin, a doctor from Port Arthur, filed the ELD Extension Act of 2017, and it was referred to the House’s Transportation and Infrastructure Committee.

For Babin’s ELD delay bill to become law, it must be passed by the House and Senate and signed by President Trump.

Babin’s introduction of the bill comes a day after a House panel recommended that the Department of Transportation study whether a “full or targeted delay” of the mandate is needed. Both developments signal that efforts to engage Congress on the issue have gained traction.

In a report issued last Monday, July 17, members of the House cited the burden placed on smaller carriers, like owner-operators, and questions surrounding enforcement and “technological concerns” as reasons to delay the ELD mandate.

“Over the past week we have heard from our members, loudly and clearly, that they are vehemently opposed to these attempts to delay this important regulation,” said Bill Sullivan, ATA’s executive vice president of advocacy, in his letter to Congress. “The industry stands ready and is prepared to implement ELDs. As our letter explains, it is incumbent on regulators and on Congress to dismiss this last-ditch try by some to evade critically important safety laws.”

Also in his letter, Sullivan said he believed “the implicit reason opponents of electronic logging oppose this regulation is because they intend to cheat on their hours-of-service.” He compared it to the person who owns an exotic sports car buying a radar detector so they can break the speed limit.

The TCA said on its website, “The trucking industry must embrace new and emerging technologies that will improve safety on our nation’s highways. The use of an ELD will enable the industry to be transparent when complying with Hours of Service regulations and is essential to the continuation of efficient business operations. A two-year delay in implementation would further interrupt the actions of a progressive trucking industry that continually places safety at its forefront and stresses continued compliance with its daily operations.” 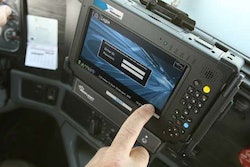 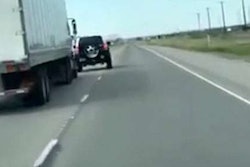 Road rage incident will leave you asking yourself, ‘Why?’