Paula Stroud is the only female heavy hauler in her fleet, she says, and she’s proud of that. But, it wasn’t easy getting to this point. She says she had to overcome certain stereotypical outlooks — like women shouldn’t be truckers — when she was first starting out.

She’s been driving professionally since 2005 and today has a successful career in oversized/heavy haul freight for Lonestar Transportation.

“You have to be twice as good as the guys just to do the same job,” Stroud, who’s from Tyler, Texas, said.

Stroud started off pulling a box trailer before she moved over to step decks and worked her way up. She’d take all the things other drivers didn’t want, until she found a company that would help give her more experience. Her goal was always to haul oversized freight.

“The bigger the better,” she said. “The shock value is probably the best. When they see me get out of the truck, they’re like, ‘That’s your’s?’ You have to love it or you won’t do it. There’s just so much work involved in it, but I love the job.”

She usually doesn’t encounter much of those same stereotypes about women in trucking now that she’s in heavy haul. But, when she does, she just smiles and carries on. Plus there’s the other side of the coin, she says, when people are proud to see her out there trucking.

The only downside to heavy haul for Stroud is that she isn’t home a lot, she says. She has two sons, Cameron, 18, and Christopher, 14. She said they are her biggest supporters, and help keep her going.

“Otherwise, you can’t do your job. Family is important. They have to support you,” she said. 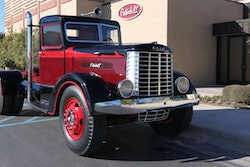 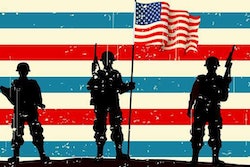 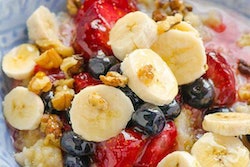 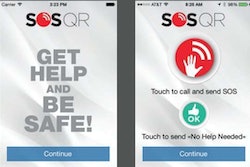