A woman who made her marks in the trucking industry and the horse show ring was one of the victims of the wildfires that ravaged California last year.

Valeri Lynn Evans — known to many as “The Horse Lady” — died Oct. 9 when what was called the Tubbs Fire destroyed her home near Santa Rosa. She was 75.

“She did everything that people said women couldn’t do,” her son, Houston Evans Jr., told the Press Democrat. “She was better at it than most men.”

One of those things was driving truck. She drove for the former Crickos Trucking company located in Cotati.

Evans, who grew up on a dairy farm in Michigan before moving to California, was an accomplished horsewoman, competing in cutting competitions. She was well known for her love of the animals she kept, and reportedly died trying to rescue one of her dogs, according to numerous media reports.

As of Dec. 11, 43 people died in the fires that destroyed or damaged more than 10,000 structures, according to Cal Fire. The Tubbs Fire in Napa and Sonoma counties was the most destructive fire on record, destroying or damaging more than 5,600 homes. It was the third-deadliest on record, killing 22 people. 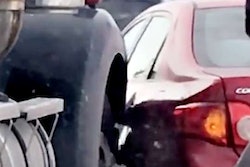 Trucker had no idea he was pushing car in traffic 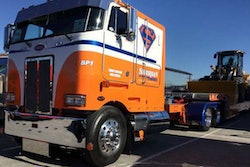 Another busy year ahead for U.S. trucking industry 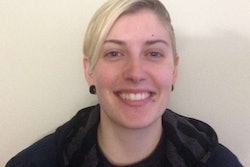 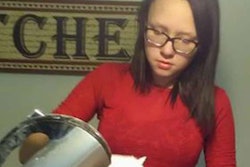