Meet 5 recognized for how they said ‘i Luv My Trucker’

For the past several weeks and as part of National Truck Driver Appreciation Week, Truckers News has asked folks to tell us about the truck drivers in their lives and why “i Luv My Trucker.” A lot of people responded, and its reassuring to see that so many hard working professional drivers have such support of their loved ones and friends.

Our goal was to identify the responses of five people and highlight them at the end of the promotion. Here’s what we learned:

One woman says she has been with him for 33 of the 48 years he has been driving and she marvels how, even at 72 years old, he has time and energy to help others.

Another talks about how much her husband has given up because he has a job to do.

Yet another wife says she loves her trucking-driving man, “Because my trucker puts those he loves before himself.”

Like these wives, one girlfriend is proud of her trucker boyfriend and how he is working to build their future.

And, the husband of a trucking wife loves her willingness to stick with it even when things get tough.

As a little extra pat on the back, Trucker’s News is buying lunch for these five drivers.

My husband has worked hard since he was a little boy. He’s dedicated to what he does. He gives his all in what he does, even if he’s sick, tired or the weather is bad. His famous words are, “I have a job to do.” I have total respect for truck drivers, especially my husband for what he does. I’m one of the lucky ones that get to spend every moment with my husband. Getting first-hand experience on all he does. It’s a lot of roads he drives along with securement and tarping in the dead of the heat to below freezing weather. The job gets done! As I watch out the window looking at people’s homes and businesses I appreciate my husband is a part of what they have. He’s giving up all he loves to do to support us. As a motorcycle rider, it kills him watching them ride by him. Those who go home every night to family and in their own bed, my husband is working hard. And that is why I appreciate him so much. All he loves to do he has given up for us.

There are many reasons I love my trucker. She is not only my wife but the mother of our wonderful son. She’s been a trucker for 13 years and though things get tough, she hasn’t given up … not on the career, not on the people, and not on the industry! She’s always willing to help somebody, whether its pouring rain or boiling hot. She always pushes not only women, but men in the industry to be as professional and as safe as possible. All the while, still managing to be a great mother and loving wife. She can drive anything with wheels under it and haul anything from van to oversize! To me and most people that know her, she is not only an extraordinary woman but a terrific role model. We couldn’t ask for a better person, not only in our lives but out on the road trying to make it safe while she travels the highways!

Justin is the most selfless person I am honored to know and love. He’s put his wants on hold to achieve our needs first by obtaining this over the road truck driving career. We have never been apart for these extended amounts of time. It has been one of the hardest struggles we’ve been faced with, but he pushes on regardless knowing he is only helping to build the future we’ve always dreamed of. I could not be more proud of him for taking a leap of faith with Melton and OTR driving all together for the first time. I am a proud trucker girlfriend, and I look forward to seeing him continue to succeed within his career and company. I love you Justin, and I’m always going to be here rooting for you! Thank you for all that you do every single day.

Aaron is not afraid to get dirty, headstrong, hard-working, passionate, strong, outspoken, sometimes harsh but honest men. He comes from a modest childhood and is determined to give us more than what he had. Guaranteed he will miss birthdays, anniversaries, holidays, and unplanned emergencies. He doesn’t have the pleasure of kissing our children goodnight or sleeping next to me every night. Aaron willingly goes on the road for weeks at a time where he must drive/work nonstop every day because there are no sick days he eats when he can or not at all, and drives all day in dangerous or unsuitable weather from 120-degree summers days to snow storms or even nonstop downpours because the job must be done. Why would anyone do this? Because he is selfless! Facing the long hard hours knowing that he will be pushed to his limit and tired. Why? Because my trucker puts those he loves before himself. It’s not only a true love but a selfless love and genuine concern for our family’s future.

My trucker always helps when he can, it doesn’t matter if it’s raining, snowing or 110 degrees I have personally seen him do it. Helping other drivers throw chains, checking tires, or helping slide weight. I have seen him jump out of the truck to help people when they have had accidents and pick up animals that need help. I have seen him buy coffee and meals for others be it drivers or someone down on their luck. I have been with him for 33 years and seen this. Now he has been driving for 48 years and just turned 72 years old. He is not ready to give up driving, he just bought another truck. This is my trucker and I love him. He has taken care of me through heart surgery and now cancer, he has been by side through it all. Yes, I love him! 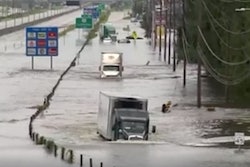 Despite Florence flooding, truckers drive on 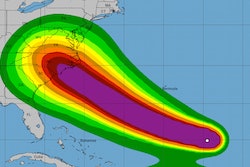 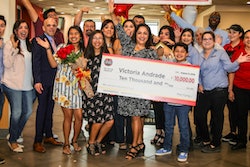 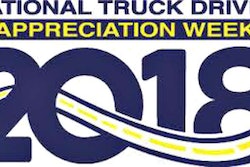