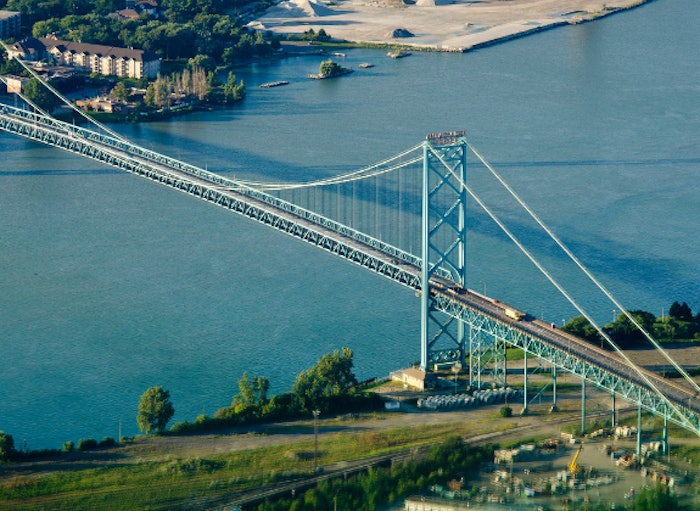 So far this month, truck drivers have been arrested in connection with three major drug seizures.

A Canadian driver crossing the Ambassador Bridge between Detroit and Windsor, Ontario, Canada Saturday, Sept. 21, was arrested for allegedly attempting to illegally smuggle over $6 million dollars worth of cocaine into Canada.

U.S. Customs and Border Protection agents arrested Jatinderpal Singh after they found 120 kilograms (264 lbs.) of cocaine. CTV News reports court documents say a U.S. Customs and Border Protection agent saw Singh showed “extreme signs of nervousness” so a drug-sniffing dog was brought to the vehicle. After the dog alerted agents to the presence of drugs, the truck was x-rayed and the drugs located.

The U.S. Immigration and Customs Enforcement estimated the street value of the drugs at $6 million.

Singh denied having any knowledge of the cocaine.

A Michigan trucker was arrested Sept. 18, and charged with several drug-related felonies after being stooped on Interstate 70. Indiana State Troopers stopped a tractor-trailer driven by 52-year-old John Jay Jackson for a compliance check. A search of the rig found about 100 kilograms (220 pounds) of cocaine and some 130 pounds of marijuana in four hidden compartments.