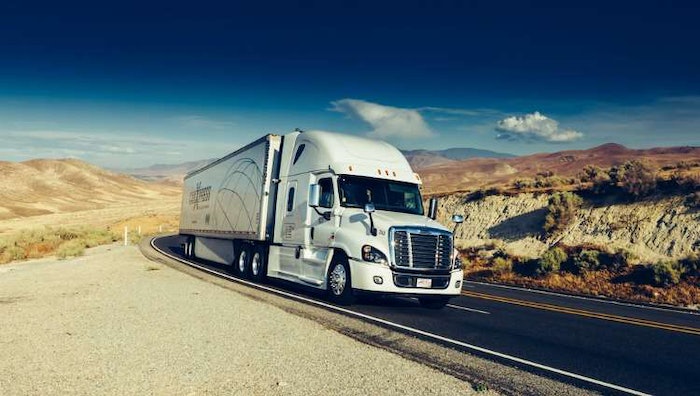 Though rates aren’t forecasted to hedge lower in 2020, they’re also not projected to gain any steam, according to analysts from FTR, who predict van and flatbed segments to see little to no growth in 2020 in terms of truck loadings and for reefer to grow by just 3%.

They presented FTR’s forecast for the year, noting the list of potential looming downside boogeymen that could derail even a now-growth forecast — and the lack of prospects for upside potential. “1% growth is better than falling off a cliff, but from the perspective of carriers it means there’s not going to be any pressure on utilization or rates.”

Manufacturing, a major source of truck freight, is shrinking. Employment figures are trending at the lower end of what signals economic growth. Retail inventories are high. The U.S., despite steps toward a trade deal with China, is still in the middle of a trade war that’s seen as limiting growth potential. Also, tension in the Middle East is high.

But the economy is still growing, said Starks, despite those drags. Likewise, housing starts (a measure of residential construction) have seen an uptick in recent months, and housing permit numbers are also climbing.

Specific to trucking, however, truck utilization by fleets (a measure of how much of a fleet is actively working and, thus, an indicator of freight demand and potential rates movement) is trending below the rolling 10-year average. “And we would expect that to remain below that benchmark all the way through 2020,” says Vise.

Trucking payroll employment has also tumbled in recent months, bucking the trend of the overall economy, another sign that fleets are contracting rather than growing — and another knock against potential rates growth.

But spot market rates have stabilized after sinking last year. FTR estimates that spot rates declined on average about 17% last year. “It was quite a hit for carriers that depend on the spot market,” Vise said.

But that trend should be over, Vise said, with spot rates forecasted to climb by 1% in 2020.

“The sense of a lackluster but stable freight market coupled with a weak but stable utilization picture translates into freight rates that probably won’t move much,” he said.