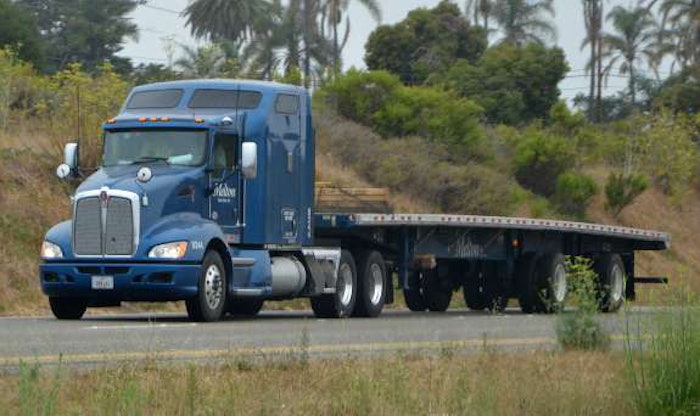 Tulsa-based Melton Truck Lines recently announced it will double the amount it pays drivers for tarping loads. The increase is effective Feb. 2.

The decision to hike tarping pay from $50 to $100 a load came after Melton conducted a driver survey, which found an increase in tarp pay would be the most meaningful pay increase, according to the company. The increased tarping compensation translates to an additional $10,000 or more annually for all drivers, new or experienced, said a statement from the company.

“We are excited to announce this pay increase because our drivers deserve it,” said Vice President of Safety and Human Resources Lisa Mason. “Tarping is the most strenuous part of our job, and we want our drivers to be rewarded for it.  This tarp pay increase is in response to the many surveys we’ve seen through WorkHound and driver conversations saying a tarp pay increase would be the most meaningful pay increase. There is not another carrier out there that rewards their drivers with this amount of money for tarping, and it’s because of our driver’s efforts that allow this significant change to happen.”

Find Your Next Job Today
Get the job alerts, industry insights and trending news every truck driver needs to know in the Truckers News newsletter.
Read Next