Trailhawk named 4-wheeler of the year

The 2015 Jeep Cherokee Trailhawk  has been named “Four Wheeler of the Year” by Four Wheeler magazine.

Four Wheeler’s jurors conduct a variety of tests over more than 1,000 miles on a variety of terrain, including pavement, gravel, dirt, sand, rocks, mud and snow at elevations ranging from sea level to more than 9,000 feet.

The 2015 Jeep Cherokee has a nine-speed automatic transmission, fuel ratings of up to 31 miles per gallon (mpg) highway and more than 70 advanced safety and security features.

The Trailhawk boasts an approach angle of 29.8 degrees, a departure angle of 32.1 degrees and breakover angle of 23.3 degrees. Running ground clearance is 8.7 inches.

ESS technology increases fuel efficiency by shutting the engine off when the vehicle comes to a complete stop. Amenities (radio, gauges, heating or air conditioning, etc.) continue to operate, making the operation transparent to the driver. The engine restarts automatically when the driver releases the brake, allowing seamless acceleration.

Starter and battery systems have been upgraded to complement the ESS technology for heavy-duty operation on models equipped with the feature. This includes a high-durability starter housed in a stronger case, heavy-duty flywheel teeth and a more robust starter solenoid.  The new battery features 700 amps with absorbed glass mat (AGM) technology.

System voltage is continually monitored through a battery sensor. If the battery’s charge is reduced, the vehicle will discontinue stop-start until the battery is recharged to an acceptable level. Stop-start is activated automatically and requires no input from the driver. A system disable switch is located on the dash if the operator wishes to suspend the feature. 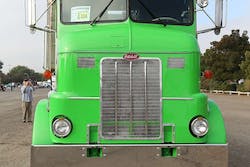 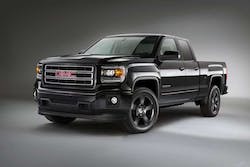 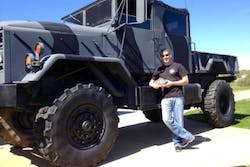 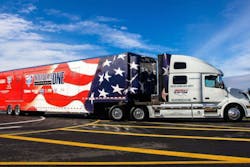