One of the Volvo trucks recognizing the 25th anniversary of Knight Transportation.

Instead of the widely recognized red and charcoal gray trucks that Knight Transportation and Knight Refrigerated operate, each of the anniversary trucks features a silver finish with a special decal incorporating Knight’s logo.

Founded by four members of the Knight family, including former CEO and now Chairman Kevin Knight, the Phoenix-based company began operation on July 19, 1990 and has grown to about 4,800 tractors, more than 5,000 associates and revenues of more than $1 billion.

“Knight Transportation is known for being one of the best-managed companies in the trucking industry, so we are proud that we have been one of its major business partners for many years,” said Gӧran Nyberg, president of Volvo Trucks North America. “We are pleased that Knight chose Volvo Trucks to help celebrate this milestone.”

“With this being our silver anniversary, we wanted drivers to participate in the celebration with special trucks,” said Dave Williams, Knight’s vice president of equipment. He said the Volvo VNL models were a natural choice to mark the occasion because of Volvo’s long-standing relationship with Knight, dating back to 1996.

The Volvo VNL 670 features a 61-inch tall sleeper and is available with the Volvo D13 or D16 engine or the Cummins ISX15. The Volvo I-Shift automated manual transmission is standard. The model year 2016 VNL 670 incorporates advanced aerodynamic upgrades and underhood enhancements that that improve fuel efficiency by up to 3.5 percent compared to the previous-year models.

Knight assigned the anniversary trucks to terminals throughout the U.S. The first two special edition trucks were displayed earlier this year at a celebration for associates and their families at corporate headquarters in Phoenix. 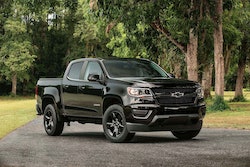 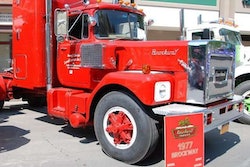 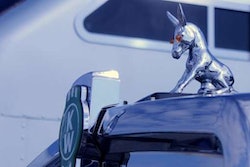 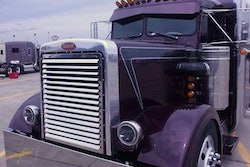