Ever faithful, the Brockway Huskies last week returned to the place of their birth, Cortland, New York.

Huskies on parade at the National Brockway Truck Show in Cortland, New York

Owners of some 130 trucks that were manufactured in this college town in the middle of Upstate New York dairy country gathered for the 17th annual Brockway National Truck Show. Aug. 11-14. As always, a highlight of the gathering was the convoy from the Central New York Living History Museum, which houses a large Brockway display, to downtown Cortland where they lined up on Main Street.

Robin Quail, one of the show’s organizers, said there were a number of trucks registered for the first time. She said that’s a good indication of the show’s continuing popularity and how Brockway owners enjoy getting together.

I am Brockasaurus, hear me roar

New to the show this year was a 1974 COE Brockway. But not just any 42-year-old cabover. This was Brockasaurus!

Sporting an almost garish and somewhat menacing paint job, Brockasaurus is the competitive pulling truck owned and operated by Joe Metzger and his sons Matt and Ben from Shelby, Ohio.

This vintage Huskie is outfitted with a 1,150 cubic in Cummins KT engine Metzger says cranks out 3,220 horsepower.

That engine has given the Metzgers and Brockasaurus the power to take the lead in the Ohio State Tractor Pullers standings. They compete throughout the Midwest.

In fact, they won at a Mansfield, Ohio event Thursday, loaded up and came straight to the show in Cortland, a trip of 450 miles.

Brockways ‘a bad habit’ for one man

Just up Main Street from Brockasaurus was another Brockway COE, this one a 1972 owned by Richie Zigmont of Castle Creek, New York.

Unlike Brockasaurus, Zigmont’s COE, one of three trucks he had at the show, was unrestored. The owner of “12 or 13 more at home” said the truck spent all of its working life put to a 28-foot dump trailer hauling sand and gravel in Chemung, New York. Zigmont said Brockway turned out plenty of this model of truck with a 671 Detroit Diesel engine. But, they are relatively uncommon today as many large operations simple worked them until they eventually wore out, according to Zigmont.

Owner of an excavating company, Zigmont says he has always been a fan — though he says, “It’s more like a bad habit.”” — of these stout working trucks. He says he likes that they are a part of local history. Zigmont has a Huskie in his business, a 1975 761 for hauling topsoil and gravel.

But the true measure of Zigmont’s affection for and attachment to this brand of truck was evident at the show on the weekend: his 3-year-old son named, yes, Brock.

Wayne Diffenbach, more than anyone else parking their trucks or strolling along Cortland’s Main Street last weekend, had a hand in bringing many of these Huskies to life. He spent eight years as an industrial and manufacturing engineer at the Brockway plant just a few blocks from where the trucks were lined up.

Now living in Florida, Diffenbach said he worked at Brockway from 1969 to 1977; he worked for Mack, which owned Brockway from 1956 to 1977, before and after his time in Cortland. He was involved with, among other things, the layout of the plant’s manufacturing process and worker safety. As such, he saw — an sometimes put in place — many of the changes in how Brockways were built.

For many years, said Diffenbach, Brockway trucks were moved from one part of the build process to the next largely by hand. He was part of the effort that bought a true assembly line to the plant, as well as other other steps to modernize production.

Diffenbach also had the disheartening task if closing down the Brockway works when Mack decided to stop producing Huskies.

Still, like others at the show, Diffenbach maintains a deep affection for these trucks and the company that employed more than 500 works at its zenith.

“These were the best-paying jobs in the area,” says Diffenbach. “And, well-made trucks; these had hand-made sheet metal cabs. When you saw a Brockway, you knew it was a Brockway

“It was great here.”

Taking a break from registering trucks for the show, Robin Quail mentioned she is the proud owner of a Huskie of her own. She said her husband David and she just bought a 1974 361 with a 230 Cummins and 10-speed transmission.

Quail said they saved it from going to a scrapyard after sitting unused for some 25 years.

Still, when the truck was home, Robin said David fired it up and drove it down the road. 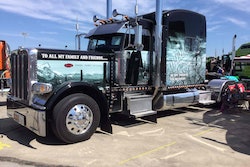 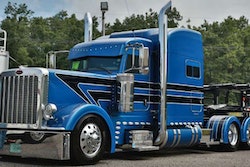 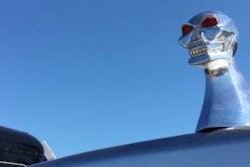 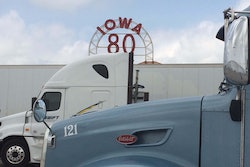