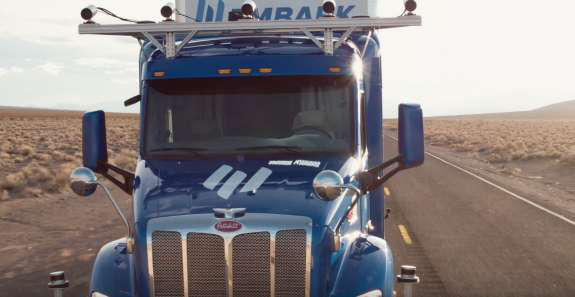 Embark-equipped truck on the road in Nevada

Move over Uber, there’s a new player in the race to put an autonomous truck on the road.

Embark, which is located in San Mateo, California, unveiled its version of self-driving technology recently, and says it has more than 10,000 miles of testing with its fleet of five trucks.

Alex Rodrigues, Embark’s CEO and co-founder, says the company’s technology allows trucks to drive from the entrance of an interstate highway to an exit without any human input. It uses a form of artificial intelligence that allows the truck to learn from its own experience, and is aimed at handling long, simple stretches of highway driving. 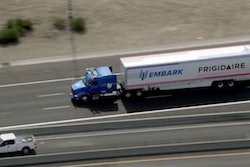 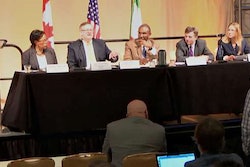 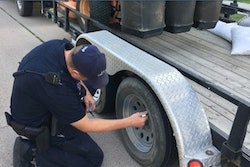