For the past 32 summers, Jeff Wojtowicz has spent a goodly amount of his time as a kid and now with kids of his own working at and eventually organizing what has become a modest but terribly popular show for vintage trucks in Upstate New York. 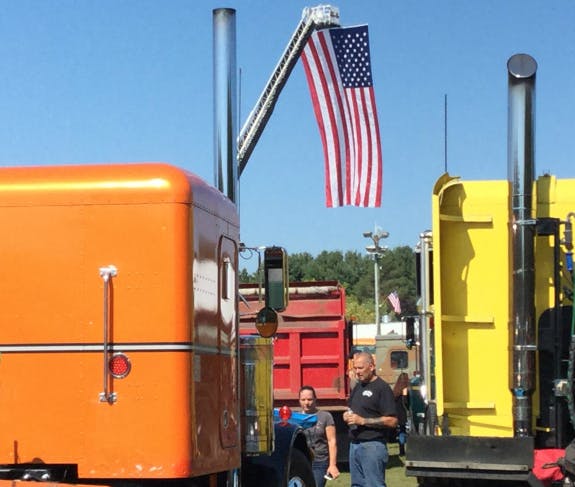 He recalls that for the first two years he sold caps at the small, casual show organized by his dad and a friend. This past weekend, Wojtowicz and others oversaw the Hudson Mohawk Chapter of the American Truck Historical Society’s 30th annual show, which attracted some 325 trucks to the Saratoga County Fairgrounds in Ballston Spa last weekend.

Wojtowicz said the show benefits from its location, its place on the truck show calendar and easy-going nature. 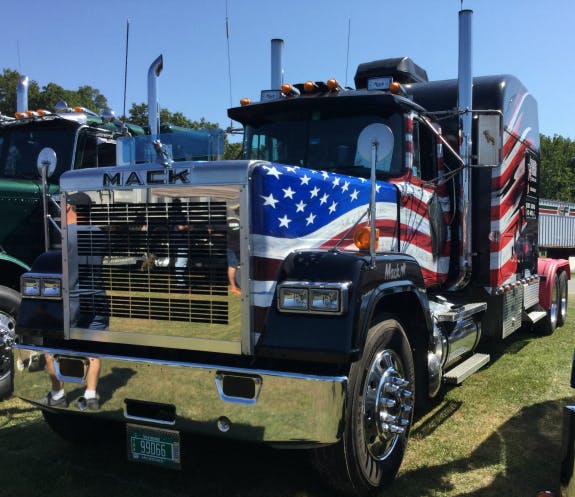 Held just as summer begins to give way to autumn, the Hudson Mohawk ATHS gathering is one of the last shows of the season before folks begin to put their show trucks away for the year. He said admission is just a buck, parking is free, there’s no judging and the group is pretty ecumenical about what can be shown.

Aside from a slew of vintage Class 8 trucks, the show features pickups, some cars, a modest but loud display of small engines and a sprawling flea market. That means there’s something for every trucker’s taste.

Wojtowicz, whose day gig is as a senior research engineer in the Center for Infrastructure, Transportation and the Environment at Rensselaer Polytechnic Institute in Troy, says the show’s location north of Albany and south of Saratoga Springs makes it accessible to truck owners in New England, New Jersey, Pennsylvania and Ontario, and Quebec, Canada.

And, he’s optimistic about the future of the show. 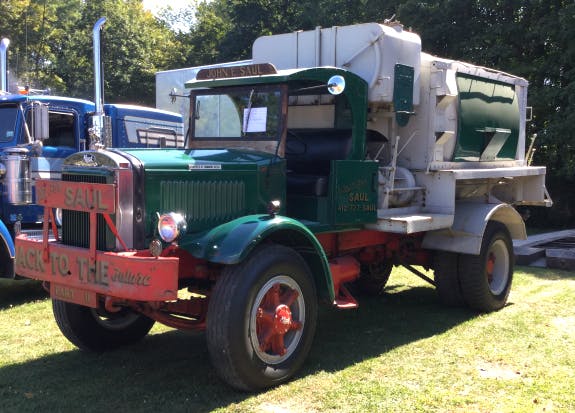 “I don’t see it slowing down any time soon,” said Wojtowicz. “Hopefully we’re here in another 30 years.” He did add that the show has about maxed out space at the fairgrounds, and the club will have to get creative about how they set up the show.

Aside from helping keep the show rolling along smoothly Wojtowicz had several trucks at the fairgrounds, including several from the company’s working fleet as well as a 1938 Mack FH mixer truck and a Sterling of the same vintage.

Brothers back with Western Star COE 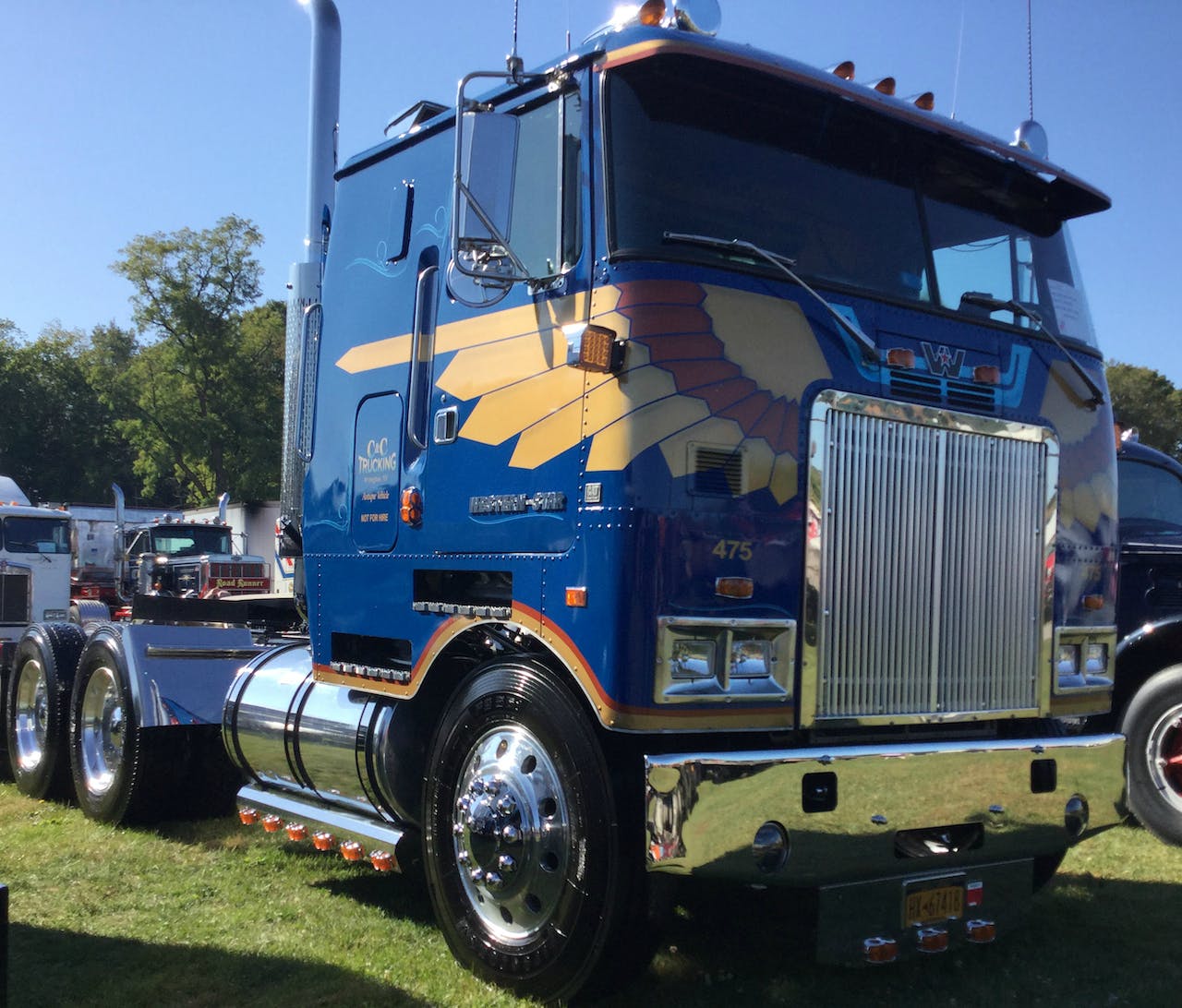 Back at Ballston Spa this year were Pete and Carl Caporal showing off their restored and immaculately turned out 1979 Western Star COE. They had just gotten the former farm truck and the 2016 Hudson ATHS show was its first.

The brothers continue working on the rare Western Star, including doing an inframe on the truck’s CAT 3406 A model engine. The latest edition will be a 1976 Great Dane stainless steel reefer trailer. They located the trailer in Hazleton, Pennsylvania, where it sat for 35 years service as storage for an ice company. 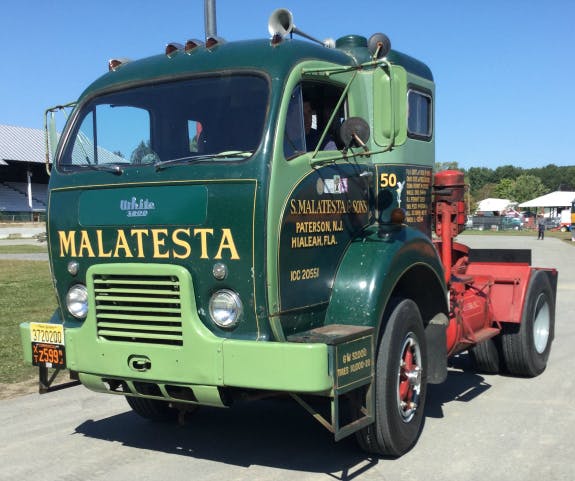 Another of the more unusual trucks at this year’s show was a 1960 White 3000 COE, which had spent much of its working life hauling household goods between Maine and Miami.

Jim Vollaro, who has a dumpster and excavating business in Patterson, New Jersey, said the truck was in original condition and had been in storage for six or seven years before he obtained it from the original owners, Malatesta & Sons Moving. He said it has a 220 Cummins and a 10-speed Fuller Road Ranger transmission.

Aside from its working pedigree, Vollara said the truck had a cameo in the 2000 crime comedy The Crew, which starred The Bandit himself, Burt Reynolds, Richard Dreyfuss, and Dan Hedaya.

Vollaro expects to put a 1950 Fruehauf trailer with an elaborate Florida mural painted on the side to the White. 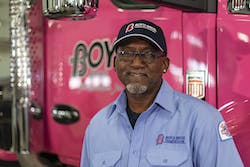 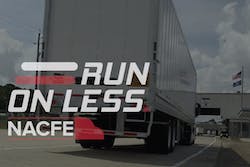 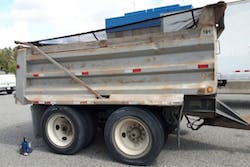 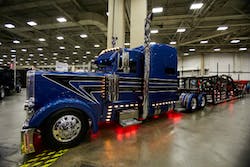