It moves oversized loads, but is it a truck? 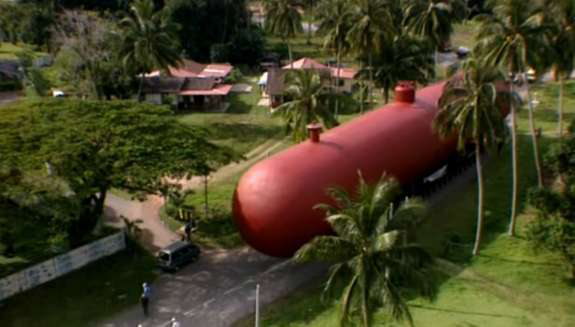 This is, according to the poster of the video, a Mammoet self-propelled modular transporter. Simply put, it’s a platform with many, many sets wheels on axels that can swivel 360 degrees. SPMTs like this one are often used for transporting massive objects such as parts of bridges, buildings, oil refining equipment and other objects that are too big or heavy for conventional trucks. However, trucks often get called on to provide traction and braking on slopes.