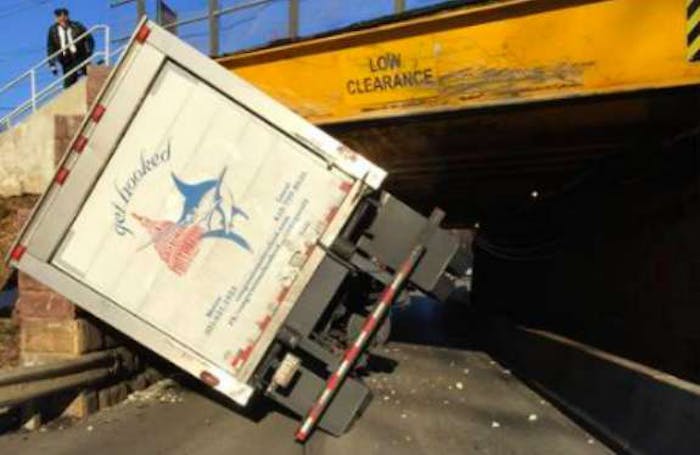 We don’t have evidence to support this claim, but it seems a good bet we could post a “truck stuck under/hits low bridge” story or video every day. But, this one may take the cake. Not only did this box truck get stuck under a railroad bridge in Radnor Township, Pennsylvania northwest of Philadelphia Thursday, it appears to have gotten stuck on its side. The driver reportedly told cops he driversthrough the area often, including under the bridge. But, on this day, he had a different — taller — truck. The truck was 12′ and the bridge just 10′ 10″. Reports say he was not injured but the bridge was damaged. The investigation continues. 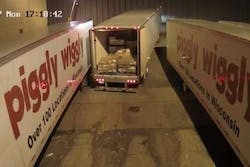 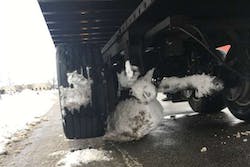 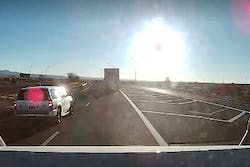 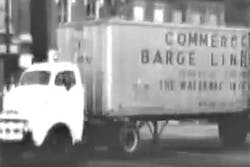