2018 in not even four months old and we may already have the winner of the “worst four-wheeler of the year” award. This unbelievable video was captured by a traffic cam on a major highway in China’s Huzhou City, but we can easily imagine it happening in this country. The driver of the white car decides they need to take an exit from the Changchun-Shenzhen Expressway they had all but passed. They stop, and in the process of crossing several lanes of traffic, cause two trucks to crash. 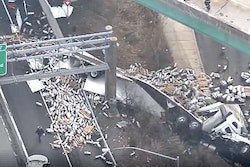 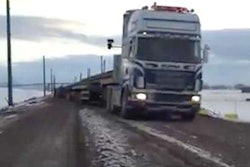 Driver is in it for the VERY long haul 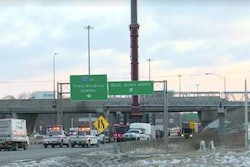 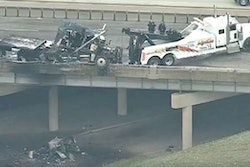