Thanks to the efforts of an EMT, a truck driver was recently reunited with his dog. Lucas Cardona and his Dalmation-mix Finn were separated when Cardona’s truck tipped over on the Indiana Toll Road last month. Cardona had to return to his home in Michigan without his dog, but EMT Mary Esserman searched for Finn and eventually found him. Driver and dog were recently reunited. 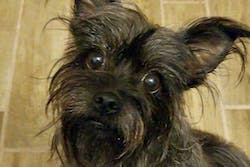 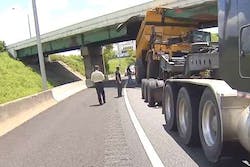 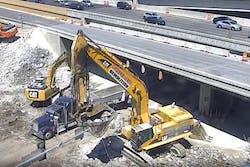 See what it takes to remove this bridge … quickly 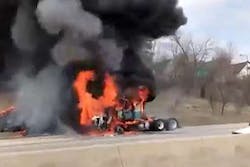 Truck catches fire on I-43 in Milwaukee