A Tesla Semi Class 8 tractor appears to have been making the rounds of some major fleets lately. Earlier this week the sleek electric tractor was at the UPS hub in Addison, Illinois, southwest of Chicago’s O’Hare airport. That visit was posted on Twitter by @IllinoisUPSers. Big Brown was an early customer of the Semi, pre-ordering 125 of them last winter.

Shining it all up before the rides begin. pic.twitter.com/ueQeJ4x74n

That Tesla tractor is one smooth ride... #electricvehicles #susty pic.twitter.com/bobY6Wfrpr

Tesla drove their electric tractor to Addison so #UPSers could check it out! How cool is that?! pic.twitter.com/lQ5h8ldNQq 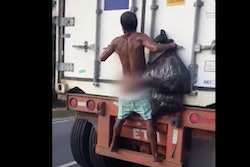 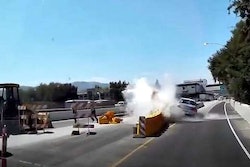 Motorist in a hurry pays for lack of patience 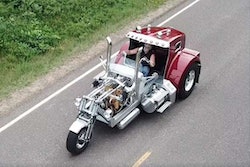 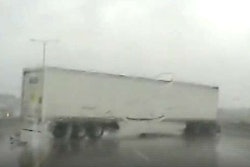