No trucker ever wants to have an accident. That’s especially true if the truck slams into a cop car after running a red light. That what happened to a trucker in Ashwaubenon, Wisconsin recently. The cop was trapped inside but uninjured. The truck driver was cited, and it was captured on video.

Meanwhile, in Ohio, a trooper stopped to investigate an accident on Interstate 77 only to have his squad car slammed into from behind by a tractor-trailer. 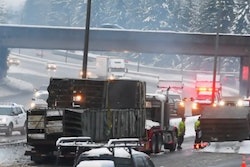 Truckload of chickens crashes in Washington 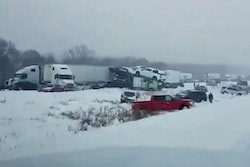 7 tractor-trailers part of 40-vehicle pileup on I-94 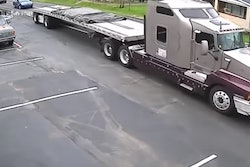 Turn by this driver lacks a little finesse 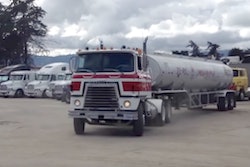 Watch this 1973 International go through her paces