If you enjoy a so-called “adult beverage” during your non-driving time, this story may be a bit distressing.

A truck carrying a load of Modelo Especial beer overturned early Thursday, March 7, in West Covina, California spilling its load of the popular brew on and below an overpass of westbound Freeway 10. Police say the driver was trying to avoid stopped traffic and drove onto the exit ramp and overturned.

Also on Thursday, on the opposite coast, a tractor-trailer rolled over on southbound Interstate 495 in Westborough, Massachusetts and spilled 2,800 whiskey bottles. Fortunately for fans of Fireball Whiskey, the bottles were empty. State police gave no cause for the mishap.

There were no injuries reported in either event.

Traffic lanes shut down both East and Westbound on N. Garvey Av., Just east of Fairway Ln to Hillhaven Dr. A Semi truck with a full load of Modelo Beer overturned blocking the roadway until further notice. CHP is on scene and handling the investigation. ^^DS pic.twitter.com/v1NaBR6Ly6 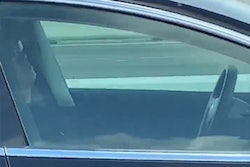 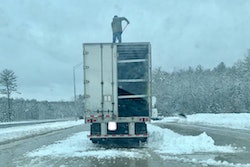 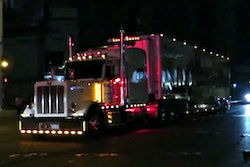 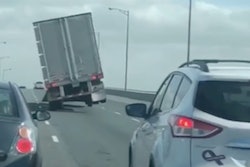 Wind has its way with tractor-trailer on bridge