Big rig hangs off I-40 overpass after Oklahoma crash 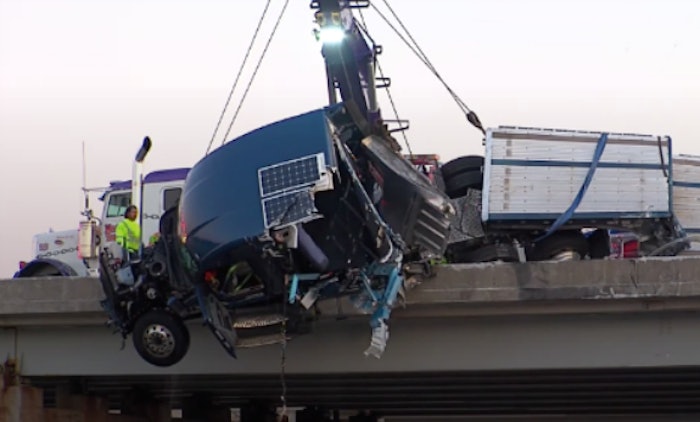 It took Oklahoma rescue workers some eight hours Monday, Sept. 2 to remove a tractor-trailer that was hanging off an overpass. Several vehicles collided and forced the tracto-trailer off the Interstate 40 overpass at Indian Nation Turnpike/US-75 in Henryetta east of Oklahoma City. Troopers said debris from the crash landed on vehicles that were traveling northbound on the Indian Nation Turnpike/US-75. Only modest injuries were reported.