The pilot of a small airplane died and a trucker was injured Friday, Feb. 19, when the aircraft crashed in the Port of Los Angeles and struck a tractor-trailer. Another trucker is being praised for his efforts to save the plane's pilot.

Police say the Piper PA-32 single-engine airplane crashed in a sparsely occupied portion of the port, but that it struck a tractor-trailer parked there. A part of the plane struck the front of the truck and injured its driver.

The pilot was identified by the Los Angeles County coroner as 53-year-old Larry Voit of Gardena, California. He died at the scene. Bystanders pulled the pilot from the wreckage and a trucker at the scene stopped his rig, and performed CPR but the pilot did not survive.

The crash occurred around noon.

The National Transportation Safety Board said it will investigate the crash. 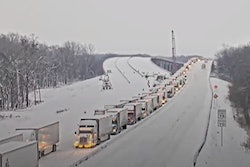 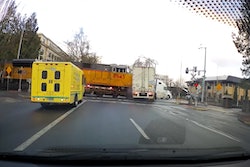 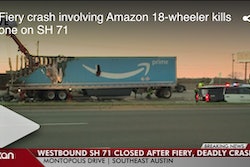