Back in the Cab: two retired A. Duie Pyle drivers return part time

For some truckers, the decision to hang up the keys one final time is welcome and comes easily.

Then there are drivers like Frank Wendling and Harold “Pete” Peterson. Both had long, successful careers on the road, retiring from A. Duie Pyle. But, both men have since gone back to work part-time for this Northeast-focused company based in West Chester, Pa. and it is paying off for them and the company.

“Frank and Harold are top notch producers who contribute far more than I think they realize,” says Pete Dannecker, director of Loss Prevention at Pyle (100th on Commercial Carrier Journal’s Top 250 list). “If you put up a list of the top regional trucking company names from 25 years ago next to today’s list, there’s almost nobody left. Pyle is here because we have changed with the times, and it is veterans like Frank and Harold who pave the way for that change. It’s our experienced drivers who help the newer drivers understand that we’re either green and growing or we’re ripe and dying.”

Wendling, now 68 years old, seemed destined to be a truck driver. He was fascinated by trucks as a boy growing up in northern New Jersey, and started driving for a living as soon as he had a driver’s license.

“I can’t remember when I wasn’t thinking about trucks,” says Wendling, who grew up in North Bergen, N.J just across the Hudson River from New York City. “I can remember vividly being in the fifth grade, being 10 years old, and I would hear those trucks taking off from the traffic light. I got goose bumps listening to the sounds of those diesels and the air brakes. I guess it was just me. It was all I was ever interested in.”

Even before he was old enough to drive, Wendling worked around trucks. During high school he worked one night a week transferring bundles of The New York Times from one truck to another at a company in Hoboken.

But, there was time between when one truck left and the next one arrived. And, boys would be boys.

“We were looking for things to do,” says Wendling. “There was that long board on the wall with the keys to the trucks. We’d see who had the nerve to start a truck, who would put it in gear. We had ridden with drivers and were seeing how they worked the clutch and shifted gears, so it became who could hook up to a trailer, who could go around the block, who could back in …”

As soon as he had a driver’s license, Wendling also had a job driving trucks. The day after he turned 17, his boss in Hoboken gave him the keys to a 1959 White 9000 with an empty trailer attached and told him to take it to the Times offices in Manhattan and bobtail it back.

“I must have had a pretty big pair, ‘cause I did it,” recalls Wendling. “He told me two things I remember to this day: ‘Keep your distance and make your turns wide.’”

Wendling went on to drive for several companies in the New York metropolitan area before joining A. Duie Pyle in 1994. He spent much his time driving pick up and delivery and eventually became a driver trainer and safety instructor.

Proof that Wendling is a trucker through and through: he spent his vacations driving truck. He connected with an owner-operator in Iowa, and would spend a week or two driving that guy’s cabover Kenworth and later his Freightliner … for free. Wendling said he enjoyed doing it and just wanted the experience of driving over the road.

He retired this past February but it wasn’t long before he was looking to get back in the cab.

Before boredom got the best of him, Wendling was asked to rejoin A. Duie Pyle part-time, something he says has been a great move.

Back in the Cab: Harold “Pete” Peterson

For Peterson, who is 69, becoming part of the trucking industry was a more gradual process, but no less rewarding. Living in Ohio, he began working on the loading dock of Consolidated Freightways while going to college. He then worked for Firestone and the University of Akron before having a business of his own.

But, Peterson returned to the Consolidated Freightways dock in the mid-1980s, got his CDL and started driving over the road. He said he hauled “anything and everything that would fit on a pallet, and some things that wouldn’t.”

He spent 15 years with Consolidated, and joined A. Duie Pyle when Consolidated went out of business. Peterson said he drove line haul for Pyle before retiring in the spring of 2010.

Like Wendling, Peterson was pleased with the opportunity to get back in the cab. He has been driving pick up and delivery three days a week for Pyle and happy to be doing it.

“I like it because it challenges me,” says Peterson. “Pick up and delivery is a different animal. It’s not something I have dealt with in the past. I feel like I can rise to the occasion.

“I’m using the skills I developed. I think I should use those skills for as long as I am comfortable. I spent a lot of time developing them, and there is a shortage of drivers. It just makes sense.

“This company (Pyle) has been very good to me. When I retired they said that if I ever wanted to drive again, they’d work with me to make it possible. If they weren’t a quality employer, I wouldn’t be here.”

When asked what advice he had for new drivers or those considering driving as a career, Peterson said, “Always drive with the sense that safety is the most important thing. With the size of the truck you are driving, you can injure someone or destroy a family in a New York second. Be safe. Always.”

Peterson added, “Think of the glass as half full and focus on that half. This job pays reasonably well, and you need to be thankful for the ability to make a decent living. It’s not an easy job. Recognize that you must be diligent about what you do if you want to be successful.”

Dannecker, the director of Loss Prevention at Pyle, appreciates that sort of outlook.

“They (Peterson and Wendling) are great at giving practical advice. Frank told one of our younger drivers that it’s good to be thankful for the company’s defined contribution retirement program, but that he’s a fool if he doesn’t also jump in on the 401K and company match that comes with it while he’s young. Let’s face it, only an experienced hand can deliver that kind of advice, that way 30 years from now when that young driver inherits the role of senior driver, he’ll be stepping in to a very comfortable retirement and it’ll be his turn to pass along life changing advice.”

See the company video about A. Duie Pyle 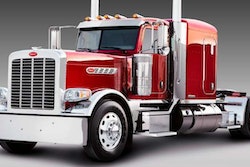 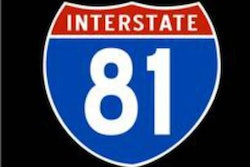 I-81 in Virginia losing 129 parking spaces 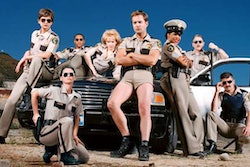 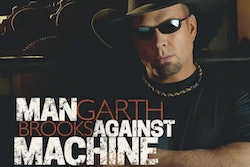