Editor’s Note: Between now and Friday, Aug. 24, Truckers News will profile the finalists in its annual Mike O’Connell Trucking’s Top Rookie Award, which will be presented at the Great American Trucking Show in Dallas. The awards ceremony will be held at 1:30 p.m. Friday, Aug. 24 on the America Strong Stage in Hall “A” of the Kay Bailey Hutchison Convention Center.

As a single father of two, Darell Philpott has always put his now 29-year-old daughter Porsha Martin and his 21-year-old son Jordan Philpott first. He spent 15 years working in a factory making windows to support them, but he knew once they graduated he wanted to find a different career. Window production was hard, thankless work, and he knew there had to be something better out there for him.

Philpott now hauls dry van for Epes Transport. He was recently named as a finalist for the Mike O’ Connell Trucking’s Top Rookie Award presented by Truckers News. He says he’s just thankful for the people at his company who supported him and helped him achieve this accomplishment.

“I’ve told them it’s not about me, it’s about them. If it weren’t for them, I wouldn’t be in this position,” Philpott said

His previous career as a factory worker was grueling, but he does think it helped him develop the physical and mental toughness he needs as a truck driver. Trucking, though, has given him much more freedom and flexibility than he was able to have in factory work.

“I just always wanted to kind of be my own boss and have a little bit of control over my own life. I just wanted to just be happy to go to a job and work. I always wanted that dream,” Philpott said.

He says he’s achieved that goal by becoming a truck driver. He advises would-be truckers to take the time to vet companies and find a trucking company that’s a good match for them.

“This company, they put the driver first,” Philpott said about Epes Transport. “They really go out of their way for you. They show that they appreciate what you do out here on this road, and I really like that about them.”

The highway is a classroom and Philpott is an eager student.

“Everyday I learn something new and I’m always open to learning while I’m out here on the road,” Philpott said. “Like my trainer told me when you stop learning then you need to come off the road.” 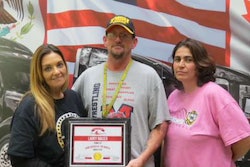 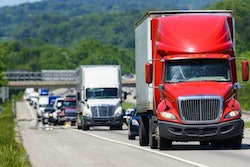 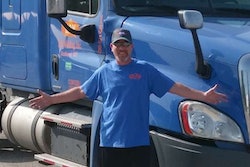 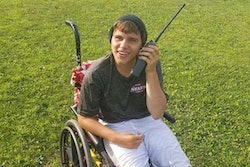