In 1987’s The Untouchables, Kevin Costner was the new but determined and terribly righteous G-Man Eliot Ness trying to sweep 1930s Chicago clean of its gangster king Al Capone. He had the help of veteran cop Jimmy Malone played sturdily by Sean Connery.

In The Highwaymen now on Netflix, Costner is back as the grizzled Texas Ranger Frank Hamer chasing down murderous bank robbers Bonnie Parker and Clyde Barrow. In this film set in 1934, Costner is aided by Woody Harrelson as his somewhat less steely but always loyal ex-partner Benjamin Gault.

Like 1930s Chicago, Texas in 1934 was a different sort of place and Capone and Bonnie and Clyde were different sorts of criminals. Capone was as popular and powerful, if not more so than Mayor William “Big Bill” Thompson. Despite robbing banks and killing people, Bonnie and Clyde attained celebrity status. Once captured and (spoiler alert) killed, 20,000 people attended Bonnie’s funeral in Dallas, and 15,000 were at Clyde’s.

The Highwaymen shows how the two aged Texas Rangers are brought into the mammoth manhunt for Bonnie and Clyde after the crooks break gang members out of the Eastham Prison Farm. The FBI wanted nothing to do with Hamer and Gault, but Gov. Miriam “Ma” Ferguson insisted, and the Texas Rangers prevail.

Not surprisingly, The Highwaymen was first conceived to star the ultimate film duo of Paul Newman and Robert Redford. But, it seems to have done well with Costner and Harrelson. Netflix claims it was streamed by some 40 million subscribers in its first month of release. 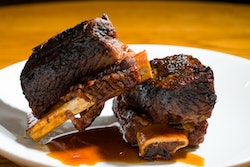 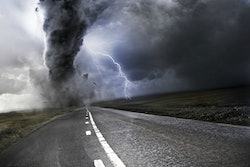 Been in a tornado? Tell us about it 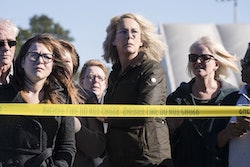 See what’s streaming in May 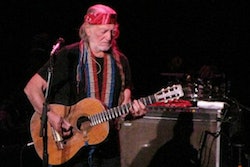 10 songs with which to celebrate Willie Nelson turning 85