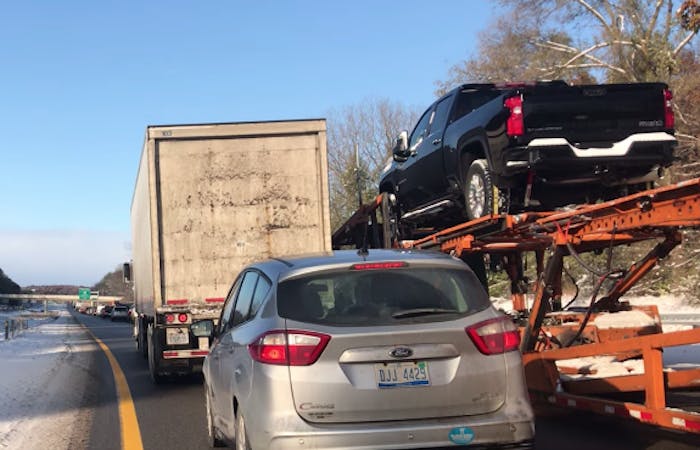 A trucker’s actions on westbound Interstate 96 west in Grand Rapids, Michigan raised more than a few eyebrows late last week. It also attracted plenty of comments on the Facebook page of the local TV station that posted this video.

This YouTube video shows a tractor-trailer driver blocking traffic from merging near an accident. The trucker prevented other drivers from using a “zipper style” merge in which drivers take turns getting over when traffic goes down to one lane. The video shows the trucker blocking the left lane despite it being open ahead.

And, the Facebook comments flew fast and furious. Here’s a sampling:

Linda Prawdzik: “When I’ve traveled before I noticed the truck drivers act like they own the road. I know they work long hours and they pretty much live on the highways, but there are other drivers. Just saying.

Mike Rogers: “Sorry folks but as a truck driver I’ve done my share of blocking a lane, after a certain point of running up and cutting in enough is enough! And when you see certain morons running up the shoulder it’s even more frustrating not to mention dangerous! If you see that traffic is merging up ahead to one lane or the other just get in line and things go smoother. My opinion.”

Katrina L Corwin: “Everyone commenting that the truck driver is doing the right thing because you don’t like cutters. It’s Michigan law that you are to use the zipper merge method in construction. Ticket the semi driver because he’s not following Michigan driving laws and impeding the flow of traffic. If you don’t know how to use the zipper method get off the roads because you aren’t a safe driver.”

Brenda Thurlby: “That semi is trying to prevent people from taking cuts because people tend to keep going knowing there’s one lane but keep going (until) the end then they want in, thank you to those trucks for blocking.”

Sandy Gotwalt: “I like it when they do that. I have done it myself a few times. People have lost the know-how to merge.”

Matt Kohn: “It’s an illegal move by the semi-truck driver and goes against the undisputed zipper method of efficient merging. The truck driver should be ticketed for blocking the flow of traffic, creating a second merging point, and causing an additional backup. Even if it wasn’t an inefficient maneuver (which it is), the fact is that it’s still illegal and causes confusion and disorientation among the drivers that actually understand efficient merging etiquette.

Stephanie Lynn: “My husband is a truck driver and a lot of times truckers do this to avoid any other wrecks! I agree with truckers doing this 100%.”

Steve Kurtz: “I do it with my truck all the time. Motorists are very inconsiderate and they go flying up to the very last minute and cause wrecks and more backups. Police should be out watching for this and be giving tickets but as normal they don’t.”

Kisha Moore: “I’m on a truck with my future husband and we have done that once. I think it’s a great thing. People drive ridiculous.

Daven L. Donald: “I used to agree with this but as I drive more I see that it just slows everyone down unnecessarily. I’m more of a believer of the zipper merge. Just as long as everyone is on their toes.”
Rob Arnold: “Actually, it’s against the law to do so. It’s called impeding traffic. You’re supposed to use both lanes until you come to the block or barriers and take turns moving forward. It’s called the zipper, but a lot of people don’t know about or understand how it works. Truckers can receive a ticket for blocking a lane of traffic.
Tammy Bowerman: “I love it when the truckers do that. It keeps all the idiots from rushing up there.”
Kim Van Zyll: “I love it! Have you ever driven a truck? Everyone thinks we are going slow. Then you speed up and try to get in at the last minute. Our brakes are good, but do you see the rubber all over the road? Sometimes we do our best to help you, not cause another accident, and assist in getting help to the accident.”
Related Stories 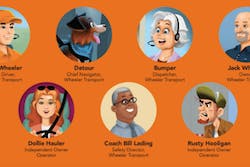 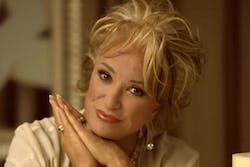 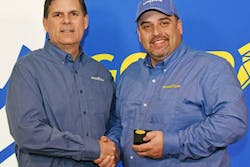 Know a heroic trucker? Goodyear wants to meet them

Friday is deadline in Driver of the Year contests