Truckers have their say about parking-related shooting 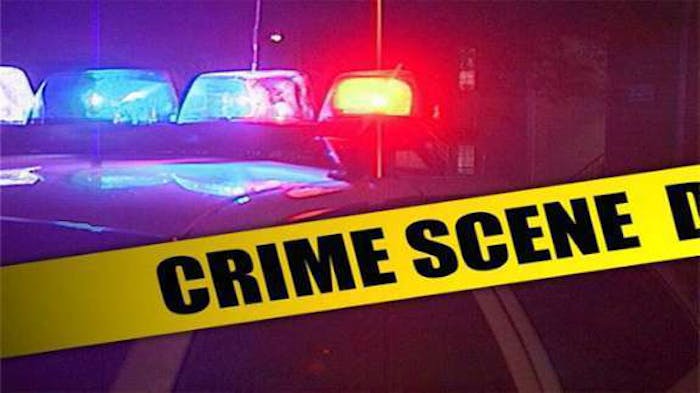 In the early morning hours of Friday, Feb. 14, a scuffle took place in a truck stop parking lot in Oklahoma City.

At issue was a truck parked in a reserved space for which the driver is said to have not paid.

The trucker was hospitalized. The security guard has not been charged. The police continue their investigation.

And, truckers have plenty to say about the issue on social media. Here’s a sampling of their comments.

Deena N Ron Youngblood: “They should have just called a tow truck w/real police assistance as soon as they saw the driver wasn’t going to cooperate.”

Dana Turner: “That security guard should be in jail. there is no reason for barney fife to have ever pulled a gun, let alone use it on the driver.”

Brent Manzella: “Sounds to me the driver should not (have) parked there in a reserved spot. As a result, the driver probably threatened or attacked the security officer. A lesson learned: don’t park in reserved spot unless you pay for it.”

Jeff Barker: “By law, that driver could have been arrested for trespassing in that situation.”

Melvin Pierce: “Instead of escalating, the guard should have called the cops and had him arrested for trespassing. Instead, he had to throw his weight around.”

Diane King Prayers for the driver!

Carter Shaw: “Too many people on here pointing fingers at who they think is to blame. There’s only two people who know what happened.”

Tim Hamilton: “That’s why they have deemed trucking the most dangerous job in America. Once again parking has become a problem since the introduction of that dam ELD. Everyone is shutting down early evening; trucking is mostly day shift when everyone is open, I hope parking problems get addressed or more lives will be lost this is several incidents already.” 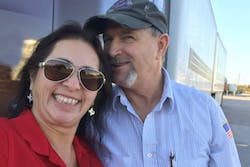 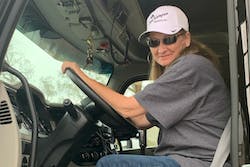 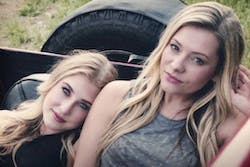