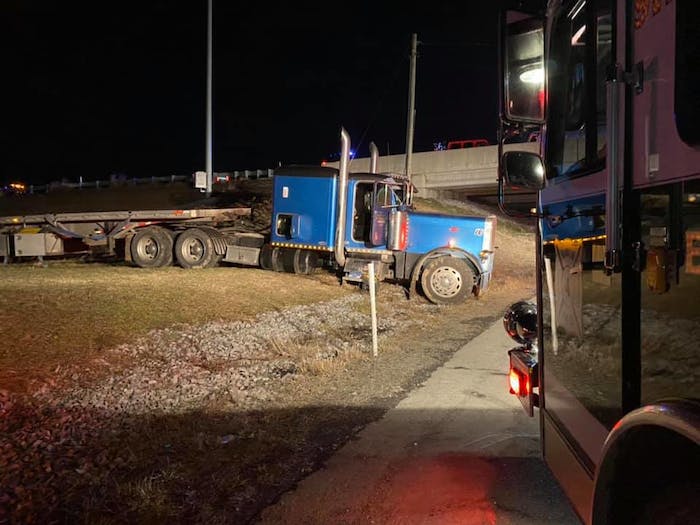 The driver of this truck had to be airlifted to a trauma center after being struck by another vehicle on I-81 in Pennsylvania.
Franklin Fire Company

A truck driver was struck while walking around his tractor-trailer, which had been in an accident on Interstate 81 in Pennsylvania in the early morning hours today.

The accident occurred at about 4 a.m. on southbound I-81 in Franklin County in south-central Pennsylvania.

A Facebook post by the Franklin Fire Company said the driver was outside his truck, which had been involved in an earlier accident when he was struck and seriously injured by a passing vehicle.

The unidentified driver was airlifted to a nearby trauma center.

A 47-year-old trucker from Sequim, Washington died Thursday, Feb. 18 while unloading bales of cardboard at a paper mill near Port Angeles.

The state's Department of Labor and Industries is investigating the death of Joseph Oiness, who died when a 1,500-pound bale of cardboard fell on him as he opened the read door of the trailer. 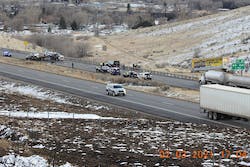 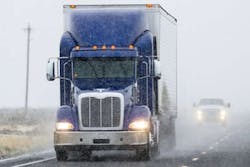 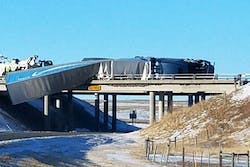 High winds continue to cause problems for truckers in the West 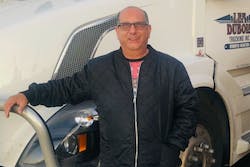