Bill would ban sale of petroleum diesel in Oregon by 2028

A bill recently introduced in the Oregon House of Representatives would ban the sale of diesel fuel in the state by 2028.

Rep. Karin Power, of Milwaukie, Oregon, introduced the bill on March 2. If passed, it would be phased in over several years, beginning in 2024.

The first phase, which would take effect Jan. 1, 2024, would ban the sale of petroleum diesel for nonretail dealers located in Clackamas, Washington and Multnomah counties in the Portland area. The second phase would ban retail sales in those three counties by Jan. 1, 2025.

The third and fourth phases would take effect in 2027 and 2028 and would prohibit nonretail and retail dealers from selling petroleum diesel anywhere in the state.

Jana Jarvis, president of the Oregon Trucking Associations, said the bill is an effort to push renewable diesel fuel in the state, but on such a short timeline, she said it would be difficult to achieve.

Jarvis added that much of the premise of the legislation and its short timeline is an assumption that there will be a renewable diesel facility in Oregon.

“Some question if that will happen, and if it does, whether supply will be available in Oregon,” she said. “The subsidies are not as good in Oregon as they are in California because Oregon isn’t as well-funded as California. There’s just not as much to work with here. We are not one of the world’s biggest economies.”

Another issue Jarvis noted with renewable diesel supply is that it is produced from feedstocks like animal fats and vegetable oils, often from the restaurant industry.

“With the shutdown of restaurants in many parts of the country, feedstocks are limited,” she said. “There is trouble manufacturing renewable diesel right now with COVID.”

Ultimately, Jarvis believes renewable diesel will be a good product to reduce carbon emissions, but right now, “a limited supply so far for [House Bill] 3305 to mandate it as a fuel source is certainly questionable.”

In addition to the trucking industry in Oregon being wary of the legislation, the Oregon House Republican Caucus is also strongly opposed to the bill.

“I’m not sure where to begin with this bill,” said Rep. Shelly Boshart Davis of Albany. “Our entire economy depends on the free flow of freight by both truck and rail, nearly all of which is powered by diesel engines. There is simply no commercially available, cost-effective alternative to transporting these goods. Of course, the impacts of this bill go well beyond just trucking and freight and would destroy any and every industry that relies on heavy equipment, render tens-of-thousands of personal vehicles inoperable and put countless Oregonians out of work.” -- Matt Cole 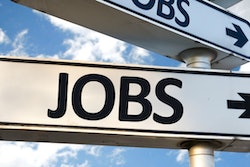