A driver with 34 years of experience and more than four million accident-free miles to his credit recently received one of the trucking industry's leading awards.

“My reaction upon hearing the fantastic news that I’d received the International Driver Excellence Award was to be humbled,” said Parker. “To be acknowledged by CVSA is truly an honor.”

In addition to his history as a safe professional driver, Parker also does his part for the community. He sings the national anthem before the Stock Car Races at the Jefferson County (Nebraska) Speedway and at the start of minor league baseball games. In addition, Parker participates in the World’s Largest Truck Convoy for Special Olympics.

When he has time away from driving, Parker travels with his wife, Connie singing southern gospel music at churches and gospel music events. The couple have recorded four albums in Nashville.

“Whether it’s his professional activities, like the Werner Road Team and the Truck Convoy for Special Olympics, or his community involvement through his church and singing the national anthem at public events, Allen represents Werner Enterprises and the trucking industry as a caring professional,” said Jaime Maus, vice president of safety and compliance for Werner Enterprises. Only six Werner drivers have achieved four million accident-free miles.

“To achieve the miles I have driven is great, but they come one mile at a time,” said Parker. “Focusing too far ahead or behind removes my focus from where I am now. Treat the motoring public around you as if it is your family in those cars and trucks. Try to anticipate the movements of others. And use common sense.”

Parker will receive his award at the 2021 CVSA Annual Conference and Exhibition in the fall. He will be presented with a crystal trophy and a check for $2,500. At this time, the annual conference is still scheduled to be held in-person in Wilmington, Delaware.

The nomination period for the 2022 International Driver Excellence Award will open in September. 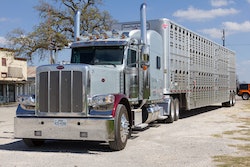 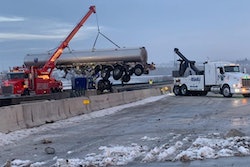 Tanker topples and burns on I-25 in Colorado 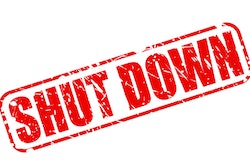 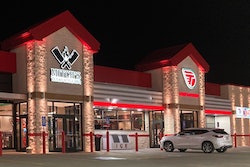 New truck stop opens on I-40 in Texas panhandle