President Joe Biden and his administration's efforts to address numerous issues plaguing truckers and the companies they work for are getting mostly good reviews following an update event at the White House Monday, April 4.

Several of the major trucking organizations were at the event on the White House lawn with trucks providing a backdrop for the speakers, one of which was a new woman company driver who is part of a recently created apprentice program.

It didn't take long for trucking associations to weigh in on the Biden administration's efforts to improve supply chain performance and held companies find and hire drivers. Here's what some of those attending the White House event had to say.

The American Trucking Associations, which became a Registered Apprenticeship sponsor last month, thanked DOT and DOL for their work in making the process to become a registered apprenticeship easier.

“Recognizing our dedication to training and safety, the Departments of Labor and Transportation have worked quickly and efficiently in approving ATA as a registered apprenticeship sponsor," said ATA President and CEO Chris Spear. "This long-sought designation provides our member companies valuable new tools and resources to help recruit and train the next generation of trucking talent."

A post on the ATA's Facebook page said, "Nine drivers and nearly two dozen CEOs from ATA-member companies were in attendance to recognize ATA's recent approval as a registered apprenticeship sponsor by the U.S. Department of Labor. This long-sought designation provides our member companies valuable new tools and resources to help recruit and train the next generation of trucking talent."

President and CEO Ellen Voie issues this after the event she and others from the association attended: "Women In Trucking Association was thrilled to be included in the White House event to mark the progress of the Biden-Harris Trucking plan. Both the President and the Secretary (Buttegeig) mentioned our mission to increase the presence of women in the industry.  We are looking forward to further interaction at the federal level."

The Owner-Operator Independent Drivers Association applauded the Administration for a number of issues it addressed at the event but said there’s still more work that needs to be done.

“The Biden Trucking Action Plan remains a mixed bag of policies intended to improve jobs and employment opportunities within the industry,” OOIDA said in a statement. “We applaud the Administration for adding truck parking to the plan and agree that the lack of parking across the country is about more than just inconvenience. OOIDA is also pleased that DOT, along with other federal agencies, has started gathering information on critical issues like detention time and driver compensation.”

The group added, however, that drivers are “waiting on meaningful measures that will help address these problems.

“Today’s update notes significant progress on establishing apprenticeship programs and plenty of funding to help states expedite CDLs, but we have yet to really see any substantive actions that can help keep new or current drivers in the industry long-term," OOIDA said.

"The Biden Administration is doing a good job at addressing our concerns," said Sean O'Brien,  newly-elected Teamsters general president, who attended the event. "If companies want to fill openings, they need to pay well and provide good benefits, treat their workers with respect, and make sure they are well trained." 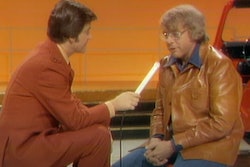 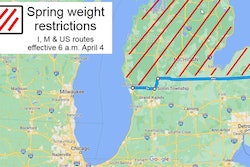 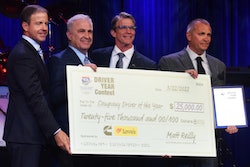 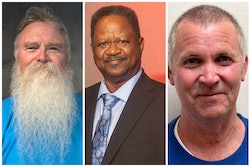