A Canadian trucker was recently honored for helping a woman who had an accident in bad winter weather, and its the second time he's been recognized.

The Truckload Carriers Association named Bruno Filipe Da Costa Raposo, from Montreal, Quebec, Canada a Highway Angel for stopping to aid a young woman after her vehicle veered off the road in front of him and into a ditch this past winter.

TCA has the details:

Raposo was driving down Interstate 80 near Scott, Iowa one afternoon in February, and was looking for a place to stop for the night. “It was snowing really bad and icy,” said Raposo. Due to the poor driving conditions, he had slowed to 50 mph when he saw a pickup truck trying to pass him in the left lane of the two-lane road which was covered in snow. Raposo continued to slow down. “When she was beside my drive axle she started swerving so I slowed down even more. She was able to clear me, but when she passed in front of my truck her rear bumper was just five or maybe six inches from my bumper and then she veered off the road and went in the ditch.”

Raposo said he remembered that the pickup rolled over on its passenger side. “I pulled over and got out and she was already standing up inside the pickup cab with her feet on the passenger door,” said Raposo. “I told her to climb out the driver’s window and then I told her to jump, but she was scared. She had to jump down about six feet. I told her to jump and I would catch her. She was little, maybe 120 pounds, but I thought, ‘Oh, this is gonna hurt,’ but I caught her and then we both fell into the snow.”

Thankfully, the young woman didn’t have any injuries. “I told her she was very lucky,” said Raposo. He told her she could wait inside his truck to stay warm. He called 911 and first responders arrived within five minutes. The young woman later called Raposo’s employer, Bison Transport, to relay her thanks for his help that night.

This is the second time Raposo is being recognized as a Highway Angel. In August 2020, he saw a man sitting at the edge of an overpass near Amarillo, Texas. Raposo maneuvered his truck to divert oncoming traffic and then got out and talked to the man, empathized with him, and calmed him until police arrived and were able to convince him to move back from the edge of the bridge.

For his willingness to assist, TCA has presented Raposo with a certificate, patch, lapel pin, and truck decals. His employer has also received a certificate acknowledging their driver as a Highway Angel. 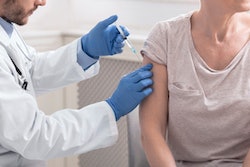 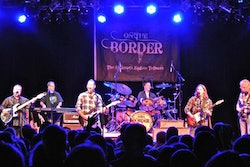 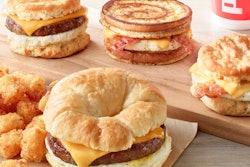 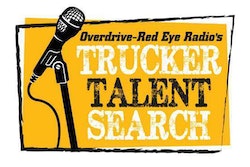