Short bursts of high-intensity exercise can be beneficial

People dealing with Type 2 diabetes appear to benefit more from several short, intense bursts of exercise rather than one continuous 30-minute workout with less intensity.

Three months of high-intensity exercise in 10 minute intervals three times a day for five days a week led to an average 0.82 percent decrease in three-month blood sugar patterns compared to 0.25 percent among those who completed sustained, lower-intensity exercise five times a week, according to the AHA.

“We also found that these 10 minute intervals may be easier to fit into busy schedules, since people randomized to that regimen were more consitent with exercise and ended up doing more exercise per week,” said Avinash Pandley, the lead study author. 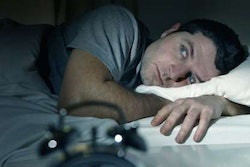