Truckers News Staff (TN)
Sep 17, 2014
Matt Hagan (left) will drive his funny car with the names of 100 truck drivers on it at the FallNationals this weekend.

When Matt Hagan drives his Freightliner Trucks Dodge Charger R/T Funny Car at the NHRA FallNationals in Texas this weekend, he will have 100 truck drivers along for the ride.

Painted on the matte-black body of Hagan’s car will be the names of 100 truckers who responded to a post on Twitter. The tribute to drivers is part of National Trucker Driver Appreciation Week.

“Personally, having Freightliner on board especially during Trucker Appreciation week is huge. I’m a farmer and rely on truck drivers to transport the cattle I buy and sell, the feed, the supplies, everything,” said Hagan.

“I truly appreciate the men and women who make their lives out on the road and I hope to put this Freightliner Funny Car in the winner’s circle for all of them. There isn’t a better banner to fly than Freightliner when it comes to trucking. “

Freightliner feels the same about Hagan and truckers.

“Freightliner Trucks saw its existing partnership with Don Schumacher Racing and Matt Hagan as a way to thank truck drivers during National Truck Driver Appreciation Week,” said Stacey Premo, motorsports marketing manager for Freightliner Trucks. “By adding the names of more than 100 truck drivers to Matt’s Funny Car this week, we are recognizing these hard-working professionals in a whole new way.”

Hagan was the first funny car driver to break the 4-second barrier for the quarter mile with a time of 3.995 seconds at zMAX Dragway in North Carolina in 2011.

A video of a spectacular explosion of his car in 2012 became an Internet sensation. 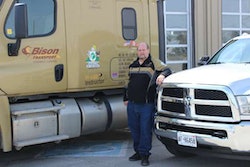 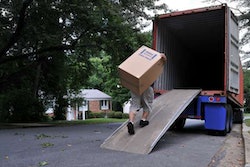