New York’s senior senator today called on the Federal Motor Carrier Safety Administration (FMCSA) to crack down on so called “chameleon carriers,” including reviewing the safety records of drivers working for such companies.

U.S. Senator Charles Schumer, in a conference call with reporters, said he has sent a letter (see the full text below) to the FMCSA’s Acting to Administrator T.F. Scott Darling to eliminate the federal loophole that enables trucking companies who have been shut down or hit with safety violations to be dissolved and reemerge as a new firm.

This accident in Ithaca, NY was cited by Se. Schumer in his call for closing the loophole on “chameleon carriers.”

Schumer’s attack on “chameleon carriers” comes after a car carrier crashed into the front of a restaurant in Ithaca, NY in June killing a 27-year-old bartender and injured five other people. Since the crash, the Ithaca Mayor Svante Myrick and representatives of the state Department of Transportation formed a group to address truck safety issues in the city.

“Most truck drivers and trucking companies are safe, but there are always a few bad apples that spoil the bunch,” said Schumer. “In particular, ‘chameleon carriers’ are able to skirt federal regulations and penalties by shutting down their business and re-emerging under a new name. But while these companies may have a new name, they still have the same management, trucks, drivers, and safety issues that caused them to receive violations and citations in the first place, and these bad apples pose a serious risk to motorists and pedestrians.

“There is a gap in the federal approval process for companies with poor track records – and it’s a gap so large you could drive a truck through it. That is why I am urging the FMCSA today to include individual driver and company history when screening new permits so we can cut down on the number of ‘chameleon carriers’ and increase traveler safety around New York State and the country.”

A statement on Schumer’s website said: “The Federal Motor Carrier Safety Administration is currently considering ways to better screen for chameleon carriers, and Schumer is urging FMCSA to include individual drivers’ safety records as part of the screening process. Currently, individual driver information is not screened for “chameleon characteristics” when a trucking company is registering, and Schumer said that making sure this information is tracked will help keep dangerous truck drivers off the road and prevent “chameleon carriers” from forming. Schumer said that the vast majority of trucking companies and drivers are safe, but that it is important to remain vigilant in keeping the dangerous drivers off the road.”

Schumer said a 2012 Government Accountability Office (GAO) report showed that “… motor carriers with chameleon attributes were more likely to be involved in severe crashes than companies not suspected to be ‘chameleon carriers.’

The senator said that, while most trucking companies follow the law and operate safely, “… it is critical that a better system be developed when it comes to screening potential ‘chameleon carriers’ and unsafe drivers who shouldn’t be on the roads. While most companies that receive violations and citations quickly take steps to improve their safety operations, some carriers are able to evade oversight by simply closing down and re-emerging with a new name.”

Schumer used his own state as an example of his concern for trucking safety. He said there are about 10,000 trucking accidents per year in New York State, and added that some 541 trucking companies in Upstate New York are on FMCSA’s radar for safety issues.

Schumer cited the number of trucking companies headquartered in each region of the state that have either received at least one serious safety violation in the last year or have been identified by FMCSA as being at an increased safety risk relative to other similar companies. Schumer said that many of these companies end up taking safety precautions and addressing safety concerns, but that companies in this group are the most likely to become chameleons:

Schumer also warned of companies in neighboring states that may drive int New York that have had one or more serious safety violations in the last 12 months or have been identified by FMCSA as being at an increased safety risk relative to other similar companies. In Vermont, there are 93 of these companies; in Massachusetts, there are 621; in Connecticut, there are 318; in New Jersey, there are 1,520; in Pennsylvania, there are 1,481; and in Ohio there are 1,350.

Here is the text of Schumer’s letter to the Federal Motor Carrier Safety Administration appears below:

I write to urge you to include information about individual drivers as data points in the algorithm that FMCSA is currently developing to identify chameleon carriers applying for operating authority. The vast majority of trucking companies and the drivers they employ follow the law and prioritize safety, but it is critical that any system to screen potential chameleon carriers also screens unsafe drivers who shouldn’t be on the roads.

“Chameleon carriers” are motor carriers that artificially shut down their business to skirt safety regulations, then re-form it under a new name. According to a 2012 GAO report, the number of new motor carrier applicants to FMCSA with chameleon attributes have increased in recent years—GAO identified 759 in 2005, and 1,136 in 2010. The same report also found the motor carriers with chameleon attributes were more likely to be involved in severe crashes than companies not suspected to be chameleon carriers.

I applaud FMCSA’s recent steps to improve its system for vetting motor carriers by implementing a data-driven methodology to identify suspected chameleon carriers, and expanding the system to include all interstate trucking companies. I understand that FMCSA is still developing the algorithm, and deciding on exactly which data points—like the name of the business, the address of the business, etc.—to use in the final product, expected to be released in October 2015. I urge you to include information about individual drivers in the final algorithm. Chameleon carriers often re-form with the same management, same dangerous vehicles, same unfit drivers, and same unsafe ways; FMCSA must do all that it can to ensure that truck drivers with a proven history of unsafe behavior are not able to get a new job at the same old unsafe company.

The majority of truck companies and drivers understand the importance of safety. Very few companies will ever become chameleon carriers, as most companies that receive violations quickly take steps to improve the safety of their operations. The small number of chameleon carriers, however, affect the reputation of the entire trucking industry, and pose risks on our roadways.

Thank you for your attention to this matter. I look forward to working with you to ensure that unsafe chameleon carriers and drivers are not allowed back on our nation’s roads. 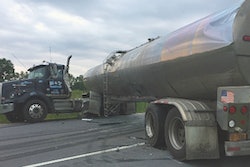 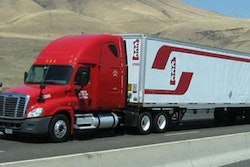 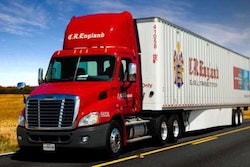 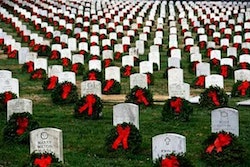