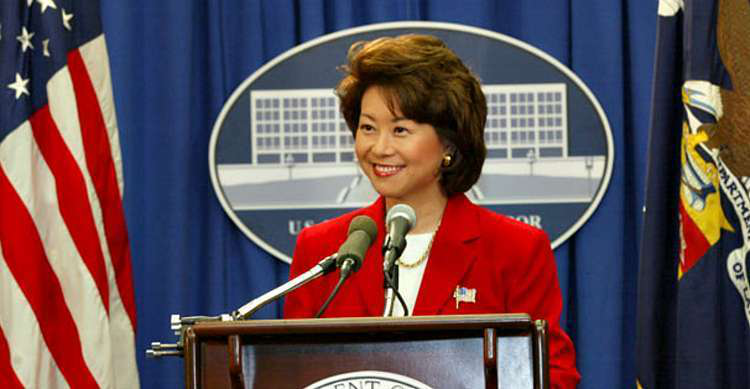 Elaine Chao, President-elect Donald Trump’s pick to run the U.S. Department of Transportation, will appear before a Senate committee next week as part of the nomination and confirmation process.

The Senate’s Committee on Commerce, Science and Transportation will hold a nomination hearing Wednesday, Jan. 11 to question Chao prior to voting on her confirmation. The hearing will be held at 10:15 a.m. Eastern time in Room 253 of the Senate’s Russell Building.

Trump named Chao as his pick for Secretary of Transportation in late November. She was Secretary of Labor during the entirety of President George W. Bush’s presidency, 2001-2009, and is married to Senate Majority Leader Mitch McConnell.

In a questionnaire given to Chao by the Senate ahead of her hearing, Chao says the top priorities for her DOT will be infrastructure repairs and expansions, bridging the disparities between urban and rural transportation and “good stewardship on behalf of the American people.”