A northern Idaho medical team is being credited with saving a truck driver’s life by performing difficult surgery in the cab of a truck involved in a major accident on I-90 in Idaho last week.

Drs. Edward DeTar and Marcus Torgenson of Kootenai Health amputated the leg of a truck driver who was trapped in the cab of his truck under logs and other debris so he could be taken to a hospital. Anesthesiologist, Dr. David Wineinger and nurse Carmen Sincerbeaux assisted in the surgery and rescue of the driver, 54-year-old Aleksey Tikhonov of Soap Lake, Washington.

Numerous media reports say Tikhonov’s truck was one of three involved in a pileup at Fourth of July Pass near the Rose Lake interchange on I-90 east of Coeur d’Alene.

“Although he said it was hard to describe how cramped the inside of the vehicle was, Torgenson said the driver’s seat was pushed back into the sleeping compartment, and there were logs pushing vehicle debris down onto Tikhonov’s leg. The surgeon needed to lie down, face underneath Tikhonov’s feet and beneath the vehicle’s steering wheel, before beginning the surgery.”

The surgery is said to have taken just 10 minutes and Tikhonov was transported to Kootenai Health where he is listed in fair condition.

A passenger in Tikhonon’s truck, Vasil Bugaychuk, 47, of Soap Lake, was injured in the crash. The drivers of the other two trucks were uninjured reportedly. 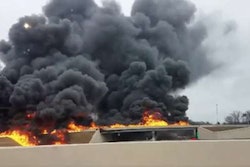 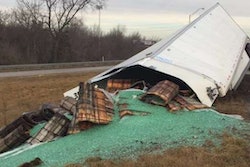 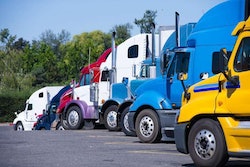