A motorist who witnessed a car driving the wrong way on I-75 in Dayton, Ohio Sunday, April 30, says its driver appeared to have deliberately driven into the path of a loaded gasoline tanker that burst into flames.

WHIO-TV in Dayton quotes motorist David Arnold, who was driving behind the tanker at the time of the crash, as saying 30-year-old Andrew T. Brunsman crossed two lanes of traffic to ram his car into the tanker owned by Lewis Transportation of Columbia, Kentucky and driven by Richard Miller, 59, of Dayton.

“The truck driver did everything he could to get away from the car, but he (Brunsman) just wanted to hit him,” Arnold told the TV station.

The Dayton Daily News says that after Miller’s truck came to a stop against the median barrier, he ran to nearby cars warning drivers that the truck was going to explode.

Miller is said to have suffered a dislocated shoulder as the result of the crash.

A Dayton Police report on the accident indicates alcohol or drugs are suspected to have played a role in Brunsman’s actions.
Police continue their investigation.

According to the Daily News, Miller’s wife said her husband is not ready to speak publicly about the crash, but, “We are continuing to pray for the family that lost a loved one on Sunday. Our hearts go out to them.”

As of today, May 4, the left lane of southbound I-75 at Ohio 4 remains closed as crews make repairs to the highway. 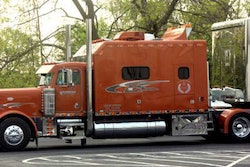 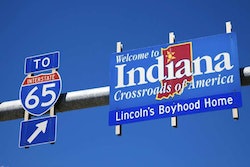 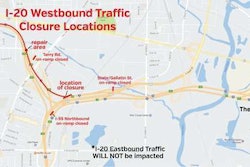